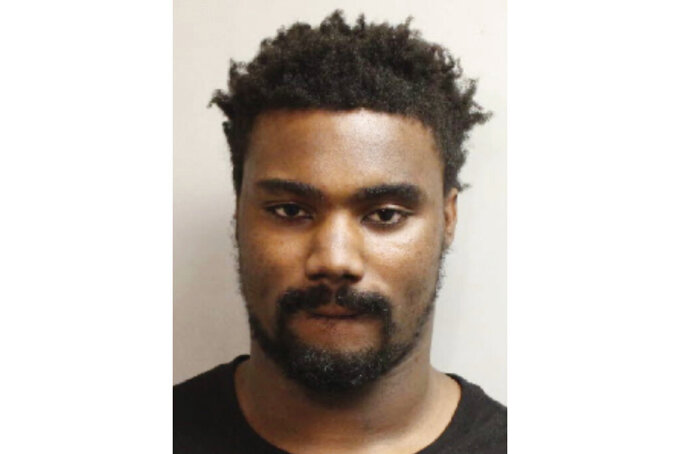 This booking photo provided by the Leon County, Fla., Sheriff's Office shows former Florida State offensive lineman Jauan Williams, who is facing misdemeanor charges that he struck his then-girlfriend during arguments two years ago. Williams, 23, vehemently denied the allegations during an interview with The Associated Press on Thursday, May 21, 2020. ( Leon County Sheriff's Office via AP) 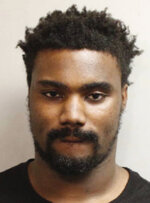 Williams, 23, was arrested Wednesday in Tallahassee on two charges that he struck Lauren Noel during fights in the spring of 2018 in which the police were called, court documents show. He was released early Thursday on $500 bail.

Noel originally denied being struck in both cases, but the investigation was reopened last year after Noel contacted police saying Williams had sent her video of her having sex with another man, Tallahasse police say in the court documents. They say Noel provided photos of bruises and text messages between her and Williams that support her allegations that he did strike her.

Williams angrily told The Associated Press in a phone interview Thursday that he and Noel argued but that he never hit her. He accused Noel of trying to destroy his image as he prepares to transfer to another school for his final college season.

“I didn't do anything. I have so much disbelief, so much confusion. She is trying to kill my career," Williams said. He said that as a 6-foot-7 (2-meter), 310-pound (141-kilogram) football player, if he had struck Noel it would have been obvious to the police officers who interviewed her minutes after the 2018 arguments cited in the reports.

Florida State declined comment, saying in an email that Williams is no longer part of the team. A phone number for Noel could not be located.

According to arrest affidavits filed by Tallahassee police Investigator Charzetta Felton-Stevens, officers were called to Williams' apartment in May 2018 because of a loud argument. Officer Rod Miller wrote in his report that when he arrived he could hear Williams and Noel arguing and didn't stop despite his loud knocks until he kicked the door. When Williams answered, he was “sweating profusely and looked confused about why I was at the apartment,” Miller wrote in 2018.

Williams and Noel told officers in separate interviews that they had been arguing, but said no one had been struck. Noel told officers Williams had been angry because she bought food for herself but not him. He began overturning tables and chairs and throwing items, but not at her, she said. Officers said Noel had a small scratch on her neck, but she said it hadn't come from Williams.

Williams in his return texts never acknowledged the photos, but said he was disappointed in himself, adding, “Maybe I'm not the person I thought I am.”

About three weeks later, in June 2018, police were called to Noel's apartment after she refused to let Williams inside and he went to the office to get a key, which the staff refused to give him. Noel came to the office and the two argued before Noel headed back to her unit. The apartment complex employees called police after they said Williams followed Noel and they appeared to fight over the door to her apartment. They thought he may have grabbed her.

An officer arrived and Noel told him she had not been struck. She again had a mark on her neck, but told the officer Williams had not caused it and refused to cooperate.

Noel told Felton-Stevens last year she had refused to let Williams inside her apartment because he had punched her in the face earlier that day.

Williams was heavily recruited out of Washington, D.C., in 2016, but played sparingly at Florida State because of injuries. He started two games last season.