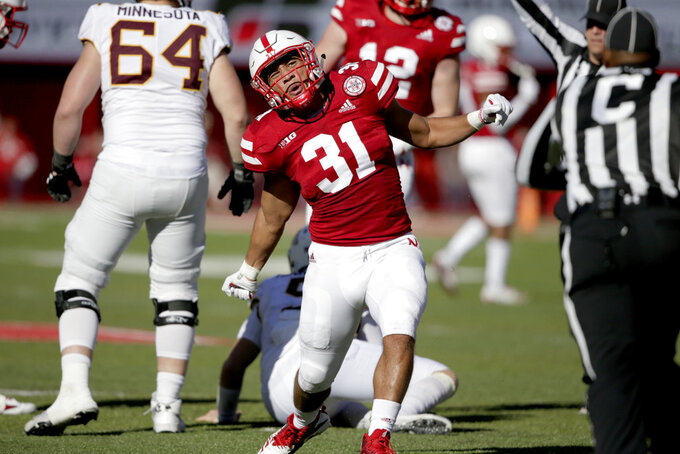 LINCOLN, Neb. (AP) — Minnesota quarterback Zack Annexstad was treated and released from a Lincoln hospital after getting injured in the first half of the Gophers' game against Nebraska on Saturday.

Coach P.J. Fleck said Annexstad sustained an "internal injury in his midsection" late in the first half and was "coughing a lot." A Minnesota spokesman said Annexstad was on the team airplane for the return trip to Minneapolis. No other details were available.

Tanner Morgan took over for Annexstad in the second half. Nebraska won 53-28.