Mickey Joseph to coach Husker receivers after 5 years at LSU 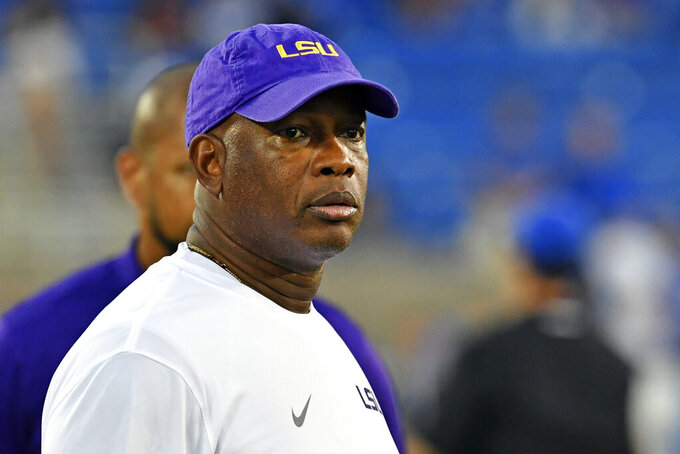 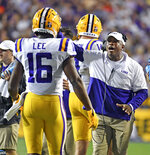 Frost, who announced Joseph's hiring Friday, still is looking to fill three other vacancies on his coaching staff following a 3-9 season.

Joseph played quarterback for the Cornhuskers from 1988-91 and started nine games in his career.

“I am honored to return to Nebraska to join Coach Frost’s staff,” Joseph said. “I can’t wait to get to Lincoln to work with our players and represent Nebraska football. Once you are a Husker, your love for the program never leaves you, and my family and I could not be more excited.”

Joseph has a reputation for being a strong recruiter and in 2019 he coached Biletnikoff Award winner Ja’Marr Chase on the team that won the national championship in January 2020. Chase is among four LSU receivers under Joseph who were selected in the first two rounds of the NFL draft.

Joseph, 53, became available because of the coaching transition underway at LSU, where Brian Kelly was hired to replace Ed Orgeron.

“Mickey Joseph brings a wealth of experience and expertise to our coaching staff,” Frost said. “He is an excellent teacher and mentor for young players and is a proven recruiter.”

Joseph joined the LSU staff in 2017 after serving as the running backs coach at Louisiana Tech in 2016. Joseph also has coached at Grambling, Alcorn State and Langston University.

Joseph was one of the most sought-after high school quarterbacks coming out of high school in New Orleans. Playing in Tom Osborne's triple-option offense, he was the starter on the 1990 team and finished his career rushing for 1,091 yards and 16 touchdowns and passing for 909 yards and 14 touchdowns in 34 games.