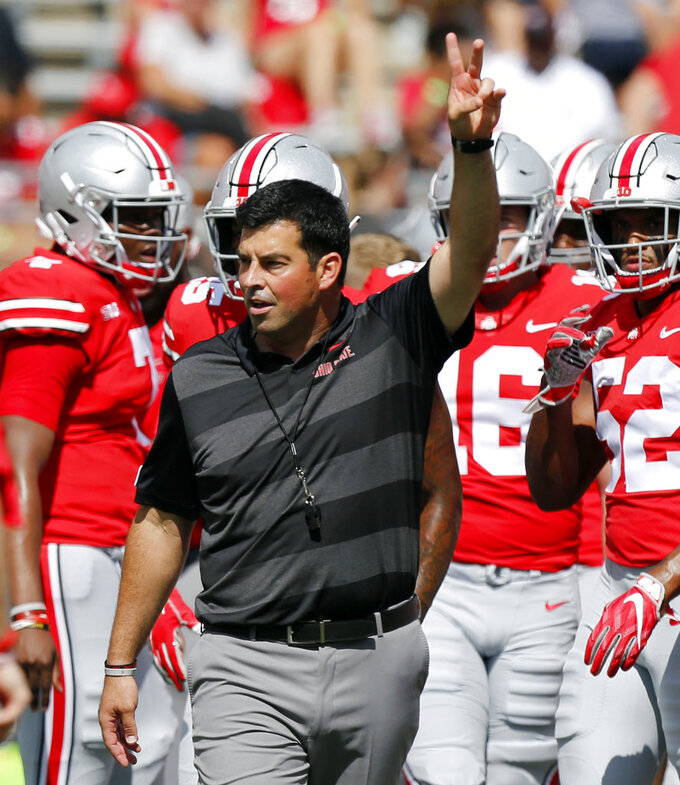 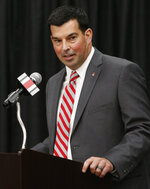 COLUMBUS, Ohio (AP) — When Urban Meyer started thinking about retiring, he realized he already had the ideal successor right there in the building in quarterbacks coach Ryan Day. So Ohio State bumped up Day's salary to $1 million per year after last season and promoted him to co-offensive coordinator to keep him around while Meyer pondered his future.

The 39-year-old Day, who will become the 25th coach in Ohio State history after the Rose Bowl on Jan. 1, has never been a full-time head coach — which is rare at a major program hiring for its top job. But he's been known in the college football world for years as an up-and-comer, having already turned down a head coaching offer at Mississippi State before being promoted at Ohio State. Later, he said no to the Tennessee Titans, who wanted him as their offensive coordinator, to stay with the Buckeyes.

Meyer, who announced his retirement on Tuesday , said Ohio State was fortunate to have kept him.

"I think in trying to build the most comprehensive premier program in America, you also want to hand it off to someone at some point so it can get even stronger," Meyer said. "And my witnessing of the work Ryan has done made this decision not as difficult as I thought."

Day's stock rose even more after the spotlight was thrust upon him in August, when he guided the Buckeyes to a 3-0 record during Meyer's suspension for his handling of domestic abuse accusations against now-fired assistant Zach Smith. Day became a mentor to quarterback Dwayne Haskins Jr., who broke single-season passing records this season in leading the Buckeyes to a 12-1 record and will be in New York this week as a Heisman Trophy finalist.

The Manchester, New Hampshire, native has sizable shoes to fill now. He will take over on the recruiting trail immediately for Meyer, who compiled an 82-9 record in seven years at Ohio State and won a national championship in 2014.

"We all know the tremendous job (Day) did and the challenging time," Ohio State athletic director Gene Smith said. "He led our program through unbelievable adversity earlier in the year. He offers us terrific, terrific skill and talent."

Day worked as quarterbacks coach under Chip Kelly with the Philadelphia Eagles and San Francisco 49ers before joining the Ohio State staff. This was his 17th season overall in the professional and collegiate coaching ranks.

Day is a protege of Kelly, who recruited him to the play quarterback at the University of New Hampshire when Kelly was offensive coordinator there. Day started his coaching career in 2002 as tight ends coach under Kelly at his alma mater.

Day first worked for Meyer as a graduate assistant at Florida in 2005.

Day agreed to a five-year deal at $4.5 million per year at Ohio State. He said he didn't know yet whether he would retain the other current assistants, but it's been made clear that strength coach Mickey Marotti, a close Meyer friend who deals with players the most during offseason conditioning, will be among the support staff retained.

Major upheaval in the program Meyer helped build is not expected, Day said.

"But over the next few weeks and as we get through the bowl game and after the bowl game, we're going to work through some of those things. But most of what (Meyer) has built here is going to stay. And as we go along, there's going to be some changes in terms of the way we do certain things, but our beliefs are strong."

Smith said he started having serious conversations with Day about being Meyer's replacement a few weeks ago. When Meyer decided to step down after the Big Ten championship game, Day got the formal job offer Monday night.