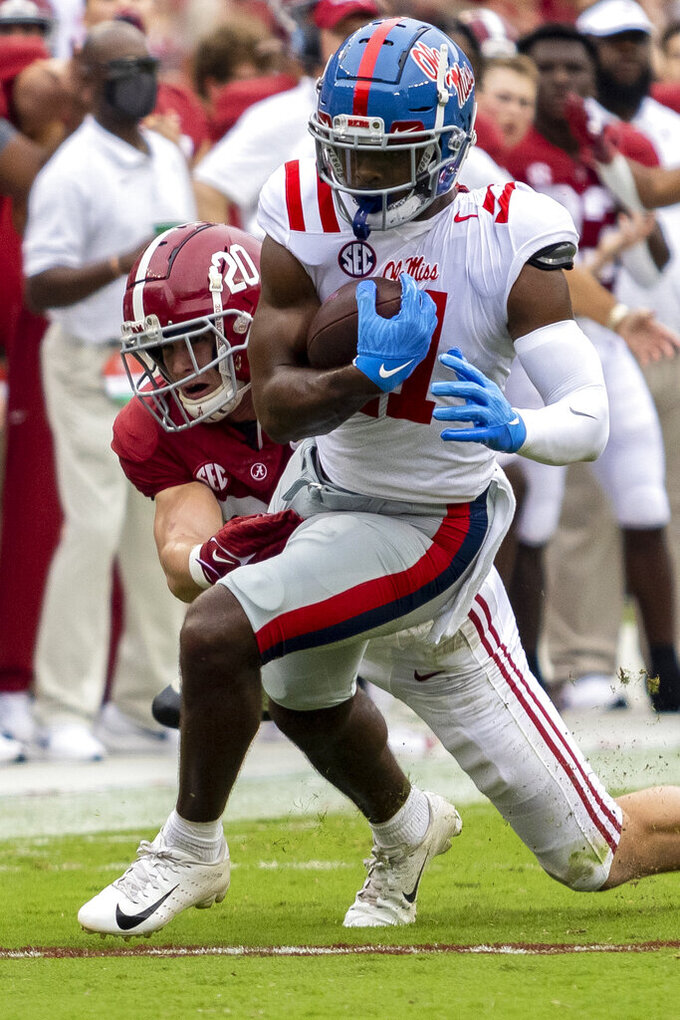 TUSCALOOSA, Ala. (AP) — Alabama linebacker Drew Sanders is likely to miss the Texas A&M game with a hand injury.

Coach Nick Saban said Wednesday that Sanders is “probably going to be out for this game” Saturday for the top-ranked Crimson Tide. Saban said the starting linebacker needed surgery on the hand.

“It was maybe a little worse than we thought, so he’s going to be game to game for a few weeks,” the Tide coach said. “We’ll just see how it goes.”

Alabama had already lost starter Christopher Allen at that position with a fractured foot sustained in the opener against Miami. Sanders had replaced Allen, who is likely out for the season.

Sanders has 20 tackles, with four quarterback hurries, a tackle for loss and two pass breakups.

That leaves freshman Dallas Turner, who was a five-star recruit, and Chris Braswell in line for more playing time.

“Those guys have played some but they’re obviously going to get more opportunity now,” Saban said.