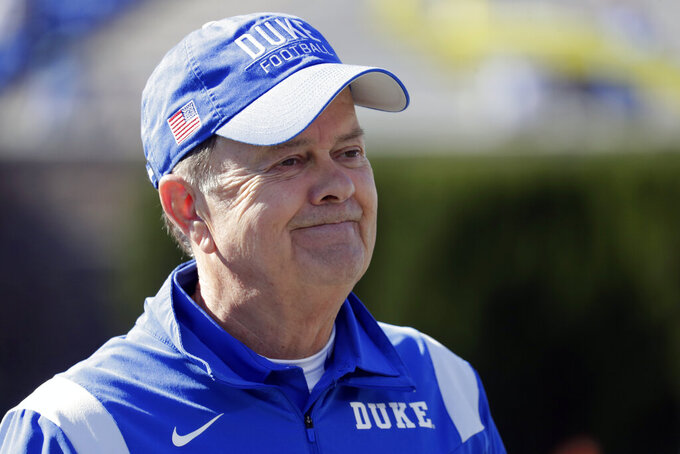 BIRMINGHAM, Ala. (AP) — Former Mississippi and Duke coach David Cutcliffe has joined the Southeastern Conference as special assistant to the commissioner for football relations.

The league announced the hiring on Thursday of Cutcliffe, whose 14-year tenure at Duke ended after last season under what the school described as a mutual agreement. He was the head coach at Ole Miss from 1998-2004.

The SEC said Cutcliffe's new duties include providing guidance to Commissioner Greg Sankey “for the purpose of enhancing the overall quality of football competition in the SEC in areas including game management, communications, playing rules, national policies and scheduling best practices.”

“David Cutcliffe has earned tremendous respect across the college football community and he adds to the SEC office a valuable depth of knowledge and expertise in the game,” Sankey said. “David will add a new perspective to conference football operations that will benefit our universities and their student-athletes as we look to the future.”

Cutcliffe was a longtime assistant at Tennessee, where he coached quarterback Peyton Manning. He also coached Manning's brother, Eli, at Ole Miss.