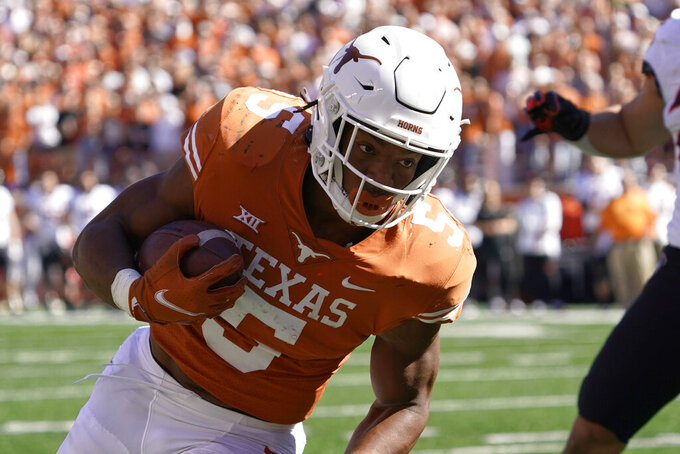 Line: Texas by 37 1/2, according to FanDuel Sportsbook.

Texas is trying to push its way back into the national conversation under second-year coach Steve Sarkisian. The Longhorns fell to 5-7 last season but have a potential Heisman Trophy contender in third-year running back Bijan Robinson. Texas needs a dominant, confidence-building win over Louisiana-Monroe ahead of next week's matchup against No. 1 Alabama. Anything less will make the Longhorns and their fans nervous about the season.

Louisiana-Monroe linebacker Zack Woodard is the key playmaker for a defense that will be the first test for new Texas quarterback Quinn Ewers. How Woodard and the Warhawks can manage their game plan against the freshman and keep him off balance will be key to keeping Louisiana-Monroe in the game against the Texas offensive firepower.

Louisiana-Monroe: WR receiver Boogie Knight had 45 catches for 588 yards and three touchdowns last season. Texas will be trying to shut down his big-play ability.

Texas: WR Xavier Worthy is fast with excellent hands, and despite his small frame, makes a huge deep target for Ewers. The freshman QB will be eager to uncork some long throws and undoubtedly will be looking to connect with Worthy for highlight-reel touchdowns.

There's no telling how deep the Texas depth chart goes. For now, Sarkisian doesn't plan to release one before games this season ... Robinson is a pre-season AP All-American. He rushed for 1,127 yards and 11 touchdowns last season but missed most of the final three games with a dislocated elbow ... ULM has 29 players from Texas, including 10 projected starters.