Unbeaten Maryland looks to knock off No. 4 Michigan 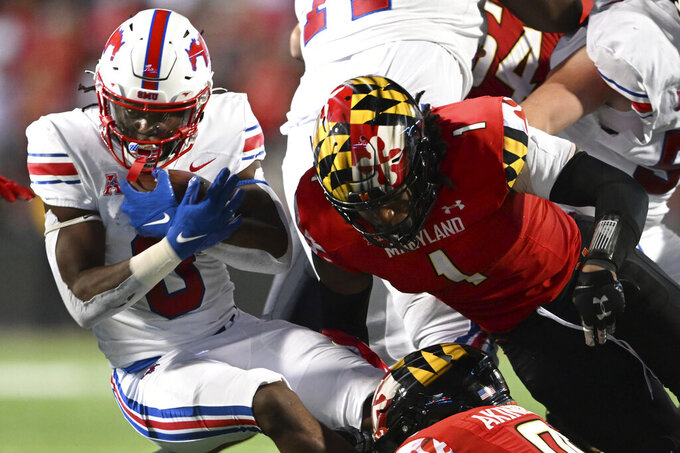 ANN ARBOR, Mich. (AP) — After one of the easiest non-conference schedules in school history, No. 4 Michigan will start the Big Ten season against unbeaten Maryland on Saturday in what figures to be a sterner test.

The Wolverines opened the year by beating Colorado State, Hawaii and Connecticut by an average of 49.7 points.

“Our guys are ready to attack the next challenge,” coach Jim Harbaugh said. “They know it is going to be a step up in competition when you start Big Ten play, but our momentum is really good right now.”

Maryland did enough to beat Buffalo, Charlotte and SMU in non-conference play, but there are already some warning signs for Mike Locksley’s team. The Terrapins have allowed 661 passing yards and six touchdowns in the last two games, and they committed 15 penalties for 141 yards in last weekend’s 34-27 win over the Mustangs.

“I played the video and let them see what people thought of our program,” Locksley said. “As a parent, you send your kid to school and they have a foundation of how you raised them. Sometimes they don’t act in character.

“I think people that have kids understand what it’s like to have them go out on the field and maybe play outside of what you’ve trained them to do,” he said.

J.J. McCarthy won Michigan's starting quarterback job from Cade McNamara, but he hasn’t had much to do. He’s only thrown 34 passes in three games – completing 30 – because Michigan’s rushing game has been so dominant.

Harbaugh has pulled his starters, his backups and his third-stringers in the blowout wins — 14 players have already carried the ball — but the Wolverines have rushed for 694 yards and 15 touchdowns in three games. Blake Corum has scored seven times on 34 carries and is averaging 6.9 yards per rush.

Maryland hasn’t beaten Michigan since the Terps won at the Big House in 2014. The Wolverines were in turmoil in their final season under Brady Hoke before Harbaugh was hired. Locksley was an assistant at Maryland then.

“I don’t remember a lot about that game,” Locksley said. “I do know that any time you can go to a place like Michigan and come away with a win, you have to give credit to the team that we had in 2014. But there’s nobody on that team left in this locker room.”

The Wolverines only have a losing record against one opponent in conference openers: Michigan State. The Spartans have a 9-4-2 edge in their 15 meetings, though Michigan has only started conference play against them once since 1969, a 29-17 win in 1998.

Maryland allowed SMU to put up 520 yards of offense – plus the 141 yards in penalties – and were only within 27-20 going into the fourth quarter because Collin Rogers missed a 49-yard field goal.

However, the Terrapins scored a pair of touchdowns, intercepted a Tanner Mordecai pass and got a late stop on fourth down at their 9 to clinch the victory.