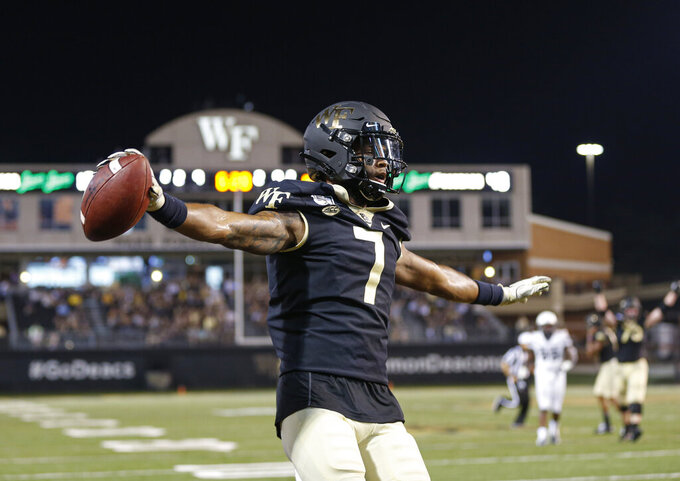 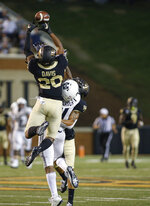 The defense picked off three passes but gave up 596 yards, including 416 yards passing, in the 38-35 win. The Demon Deacons (1-0) will have a quick turnaround to fix those issues, traveling to Houston to play Rice (0-1) on Friday night.

"We gave up 13 plays for 393 yards and the rest were a little over 200," Clawson said. "We didn't tackle well. We had poor angles. We had some communication breakdowns in the back end. Those are things that we have to coach, correct and get better at."

Rice will present a different challenge for the Wake Forest defense after rushing for 181 yards and throwing for just 62 yards last week in a 14-7 loss at Army.

"It is completely opposite to what we do and what we have seen," Clawson said. "They use multiple personnel groups and use groupings with two, three, even four tight ends. It is hard to prepare for. They stretch you out."

On offense, Wake Forest threw for 401 yards. The Demon Deacons averaged 3.1 yards per carry, finishing with 178 yards rushing on 58 carries and a fumble.

"I think anytime something doesn't go well you have to ask, 'Why didn't it go well? Was it what we're doing, how we're doing it, who's doing it?'" Clawson said. "It's always a combination of those three things. So I think at times we were a little bit too robotic with our snap count that they were able to predict the quarterbacks sneak, they were off the ball before we were."

More things to know about the Wake Forest-Rice game:

Rice had trouble finishing drives in the opener against Army, going 0 for 1 in the red zone, 3 for 11 on third downs and 0 for 1 on fourth down.

"It's very simple," said Rice coach Mike Bloomgren. "I love averaging six yards a carry. I love protecting the football and with the way our defense is playing, I think it's a formula that can win a lot of games. But we need a couple of more points on the scoreboard. That's the bottom line."

Wake Forest needs to perform better in short-yardage situations. The Demon Deacons were stopped on fourth downs twice inside the Utah State 5, and they settled for a field goal after another drive stalled inside the 10.

"They were physical and they were able to tighten things up and get the backfield and at times we just didn't execute well," Clawson said.

Rice's defensive line saw a lot of action against Army, holding the Black Knights to 231 yards rushing, but the secondary had a rather light night as Army finished 3 of 8 passing for 53 yards. Bloomgren knows that will be different against Wake Forest. Quarterback Jamie Newman finished 34 of 47 for 401 yards and three touchdowns against Utah State.

"This is going to be a tempo," Bloomgren said. "Their quarterback threw for over 400 yards the other night. He's playing at a really high level."