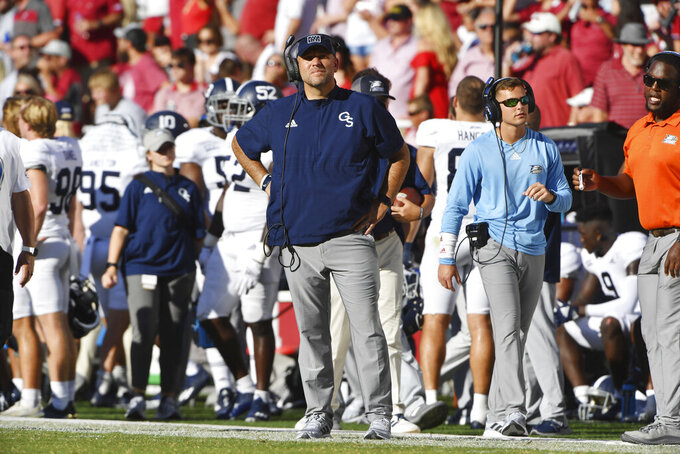 Georgia Southern fired coach Chad Lunsford on Sunday after the Eagles got off to 1-3 start with no victories against major college football opponents.

Lunsford was 28-21 since taking over at Georgia Southern during the 2017 season. He took the Eagles to three bowl games.

Georgia Southern opened this season with a victory against FCS Gardner-Webb before losing three straight to FAU, Arkansas and Louisiana-Lafayette.

Cornerbacks coach Kevin Whitley will serve as the interim head coach. The former Eagles player is in his third season on staff.

Georgia Southern is the third FBS school to make a coaching change this month, joining Connecticut and Southern California.