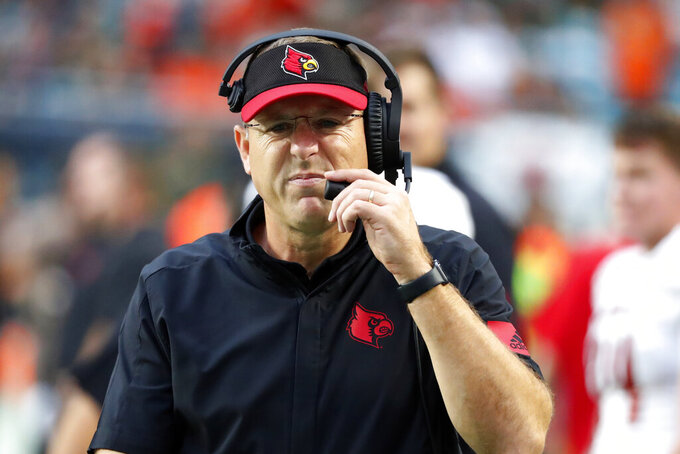 Twelve of the 26 first-year coaches in the Football Bowl Subdivision are taking their teams to bowls.

NO ROOM AT THE INN

Liberty and Charlotte will be making their first bowl appearances.

SMU is getting a bowl trip to Florida after its first 10-win season in 35 years in what will be a true road game.

The Mustangs are playing the Boca Raton Bowl on Dec. 21 against Conference USA champion Florida Atlantic in the Owls’ home stadium.

“I don’t think any of us will care too much about that. That’s certainly not going to affect the way we prepare,” coach Sonny Dykes said. “Sometimes that’s the way things go when it comes to bowl games. It’s a little bit unusual, but it’s not going to have an impact on us.”

Despite the best season for the Mustangs (10-2) since the program resumed play following the NCAA death penalty when the school didn’t field a team in 1987 or 1988, there had been some projections that they would play in the Frisco Bowl — just more than 25 miles from campus — for the second time in three years.

SMU instead gets to go to the Sunshine State to play against another 10-win team.

“We really wanted to make sure that the players felt like we were in a game that would be exciting for them, and be deemed a reward for a great season,” athletic director Rick Hart said. “Candidly, this is where they wanted to go. It worked out great in that way, because bowl games should be all about the student-athletes and their experience.”