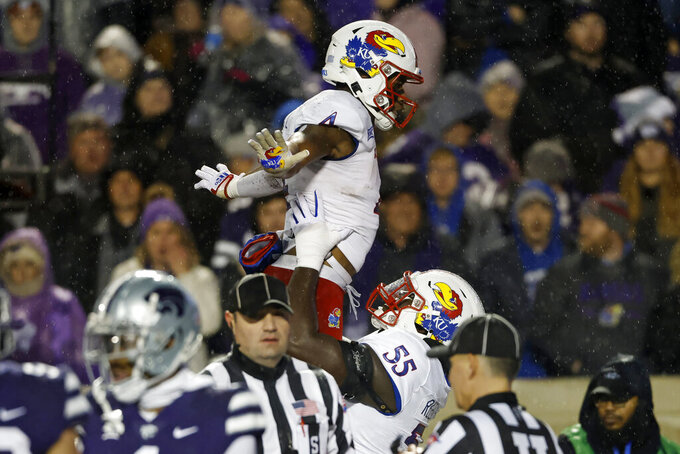 Kansas: RB Devin Neal. He ran for a team-best 1,061 yards and nine touchdowns to go with a TD catch.

Arkansas: QB KJ Jefferson. He has thrown for 22 touchdowns and run for seven more as a dual-threat weapon.

Kansas: The Jayhawks opened 5-0 and cracked the AP Top 25 poll before losing six of seven to close the schedule, though Kansas has won more games this year than in its previous three years combined (five).

Arkansas: The Razorbacks started started 3-0 and spent two weeks at No. 10 in the AP Top 25 before losing three straight to ranked opponents, then losing three of four in November.

Kansas: Second appearance in the Liberty Bowl, first bowl appearance since the the Insight Bowl at the end of the 2008 season and 13th overall.