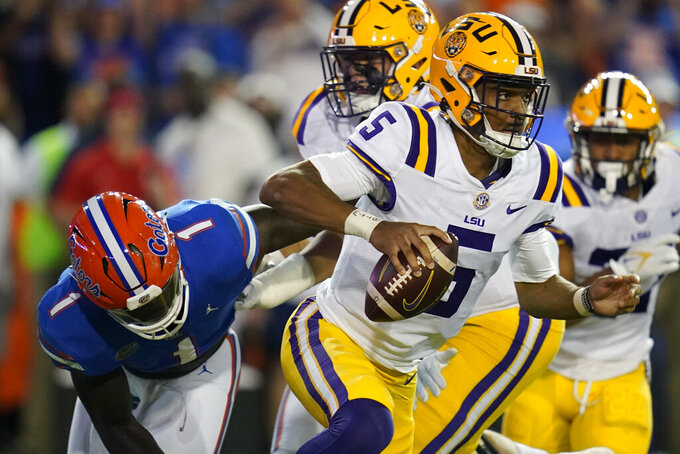 Cox, a fifth-year junior and one of the team's best defenders, is expected to turn pro and enter the NFL draft. The Stockbridge, Georgia native has 41 tackles, including 9 1/2 for loss and four sacks. He also leads the Gators with 19 quarterback hurries.

"But sometimes you have to make decisions in the best interest of the team and certainly Brenton, we’re going to do everything we can do to help him with his transition. But as simple as that, we’ve decided to move on.”

A five-star recruit coming out of high school, Cox transferred to Florida from Georgia during the 2019 season. He was a three-year starter for Florida, leading the team in sacks (8 1/2) and tackles for a loss (14 1/2) in 2021.

Napier declined to provide details regarding what prompted his decision, saying "we'll keep that in house.” He also would not say if Cox would be welcomed back for the school's Pro Day next spring, when players with pro aspirations get to work out for NFL teams.

“Cross that bridge when we get there,” Napier said.

Napier said he was unaware that Cox appeared to throw a punch in the fourth quarter of Florida's 42-20 loss to Georgia on Saturday. Replays show Cox turning and swinging at Bulldogs left tackle Broderick Jones after Jones blocked Cox during Kenny McIntosh's 4-yard touchdown run.

Dismissing Cox surprised teammates and could have long-term effects on a program Napier has been charged with getting back to Southeastern Conference and national prominence.