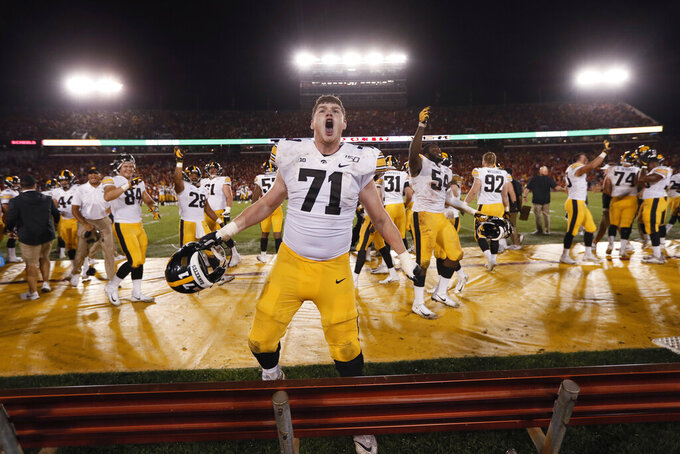 IOWA CITY, Iowa (AP) — The University of Iowa says it has contacted Iowa State after the Hawkeye Marching Band was subjected to "inappropriate actions" during Saturday's football game between the two rivals.

The statement from Iowa athletic director Gary Barta on Monday did not include details and said only that "we have contacted Iowa State athletics administration and are working to gather additional information."

No. 18 Iowa rallied to beat Iowa State 18-17 on the road. The game at Jack Trice Stadium lasted nearly 6 ½ hours after a pair of weather delays, and some fans from Iowa State's student section ran onto the field during the second interruption before being sent back by security.

Iowa's band, like the team itself, was booed heavily by the Iowa State student section when it entered the stadium before kickoff.