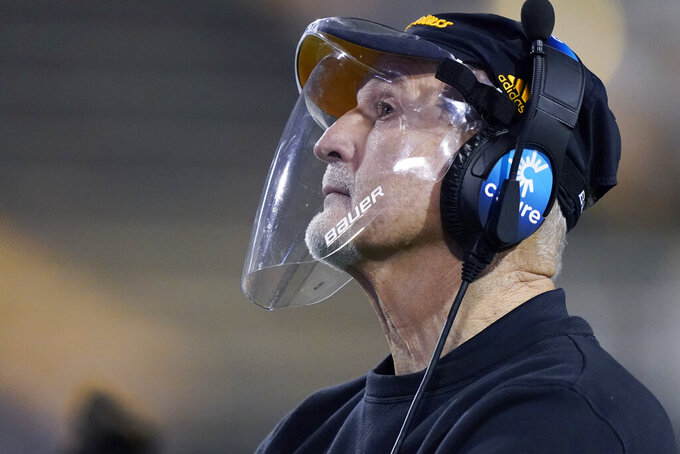 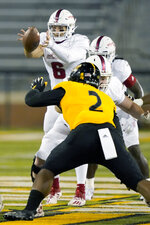 HATTIESBURG, Miss. (AP) — Trey Lowe threw two touchdown passes and ran for a score, Camron Harrell returned a kickoff 100 yards for a TD, and Southern Miss beat Florida Atlantic 45-31 on Thursday night in the season finale for both teams.

FAU (5-3, 4-2 Conference USA), the conference champion last season, was eliminated from contention for the 2020 title. The Owls, who went into the game ranked No. 3 nationally in scoring defense (12.4), allowed more than 20 points for the first time this season.

Tim Jones caught a 5-yard touchdown pass that capped a 13-play, 75-yard drive and gave the Golden Eagles the lead for good at 24-17 with 8 seconds left in the first half. Jason Brownlee scored on a 43-yard catch-and-run to give Southern Miss a 14-point lead nearly four minutes into the third quarter.

Charles, who finished with 16 carries for 79 yards, scored on a 1-yard run to trim FAU's deficit to 31-24. Harrell returned the ensuing kickoff for a score and the Owls then went three-and-out. But a lateral pass by Lowe bounced off its intended target and Armani Adams' 43-yard scoop-and-score made it 38-31 with 54 seconds left in the third.

Kevin Perkins, who finished with 15 carries for 71 yards rushing, capped the scoring with a 3-yard run with 4:55 to play.

Harrell added six tackles — one for a loss — and two passes defended.