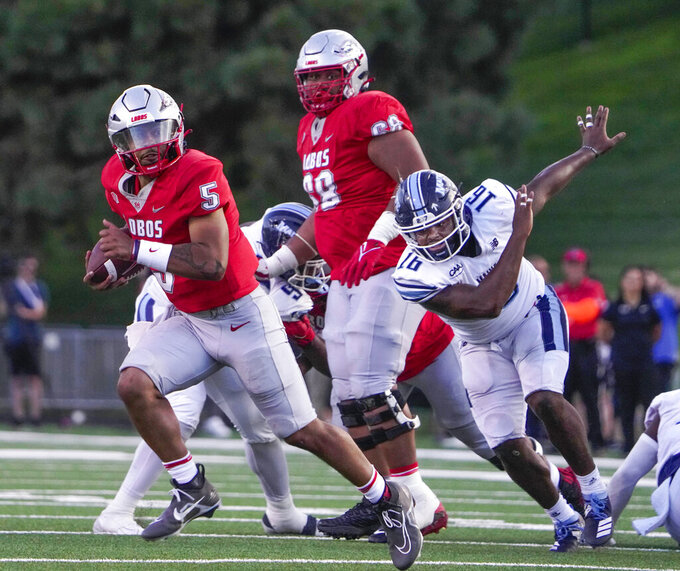 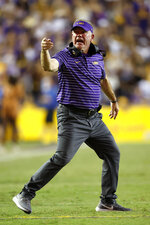 LSU is looking for a convincing victory fueled by clean execution under first-year coach Brian Kelly. The Tigers are playing their final nonconference tuneup before entering the meat of their SEC schedule. New Mexico eyes a signature victory under third-year coach Danny Gonzales, who is 7-15 in his first two-plus seasons with the Lobos.

LSU QB Jayden Daniels against a New Mexico pass defense led by CB Donte Martin. Daniels, a transfer from Arizona State, has passed for six TDs without an interception. The New Mexico defense intercepted four passes last week. Martin, who had one of the Lobos' picks last weekend against UTEP, has 24 career pass break-ups, putting him on track to threaten the school record of 31.

LSU: WR Malik Nabers appears to have good chemistry with Daniels. Nabers leads LSU in receiving through three games with 14 catches for 199 yards and one TD.

New Mexico is unbeaten in three games against Louisiana college football teams, but also is just 1-13 against current SEC teams, the lone victory coming against Missouri when it was a Big 12 member back in 2005. ... Four New Mexico players — Martin, defensive lineman Ian Shewell, linebacker Reco Hannah and safety A.J. Haulcy — each had an interception against UTEP. ... Lobos kicker George Steinkamp kicked a career-long 51-yard field goal last week. ... Kelly said Thursday night that star receiver Kayshon Boutte had been excused from Saturday's game to be with his girlfriend for the birth of their child. ... LSU has won 10 straight and 59 of 60 nonconference games in Tiger Stadium. ... Daniels also leads LSU in rushing with 225 yards and 2 TDs. ... The Tigers have held their past two opponents (Southern and Mississippi State) combined to 5 of 24 on third down. ... LSU has had 14 players make their first start for the Tigers this season.