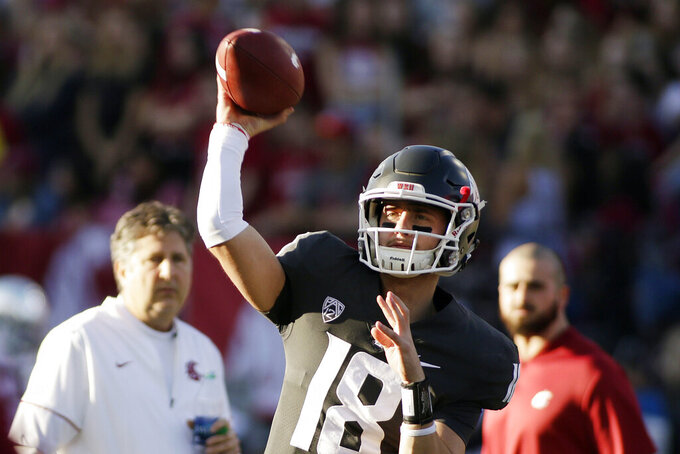 Washington State is looking to improve its 2-5 record in season openers under coach Mike Leach, and help set the stage for an unprecedented fifth consecutive bowl game appearance. New Mexico State, an FBS independent, is coming off a disappointing season and would like to show well against a Power 5 team.

Washington State QB Anthony Gordon has spent three seasons prowling the sidelines as a reserve behind Luke Falk and Gardner Minshew. He has been named the starter, and will get a chance to run the Air Raid against one of the nation's weaker defenses.

Washington State: The Cougars have a deep corps of returning wide receivers, including Tay Martin and Dezmon Patmon, along with impressive sophomore RB Max Borghi, who scored 12 touchdowns last season.

Washington State won a school record 11 games last season. ... This is only the fourth time in its history that Washington State has been ranked in the preseason Top 25. ... Leach is 49-40 as he enters his eighth season in Pullman, and is tied with Mike Price in taking the Cougars to five bowl games. ... New Mexico State reached the Arizona Bowl two seasons ago, its first postseason berth in 57 years.