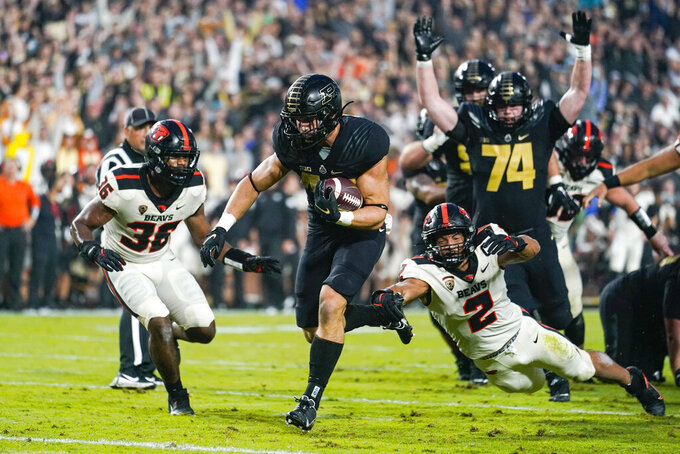 The fifth-year senior was injured during Saturday's 49-0 win at UConn.

Horvath was expected to be a key for the Boilermakers after leading the team in rushing with 442 yards on 89 carries and earning third-team all-Big Ten honors last season. He had 23 carries for 92 yards and one touchdown this season while catching four passes for 11 yards.

The 6-foot-3, 230-pound Indiana native also has been a solid blocker who drew comparisons to Purdue former All-American fullback Mike Alstott because of his size. Both players wore the same No. 40, too.

Brohm said he expects junior King Doerue and redshirt freshman Dylan Downing to help replace Horvath. Sampson James, who transferred to Purdue (2-0) from Indiana in August, also could be in the mix.

“King has played a lot of football for us, been a little injured here and there, but we want him to go out there and play his brand of football," Brohm said. “Dylan has come in and proven that he’ll run the ball hard, and he understands what we’re doing. He’s a tremendous worker and gives us everything he has."

The Boilermakers visit No. 12 Notre Dame on Saturday.