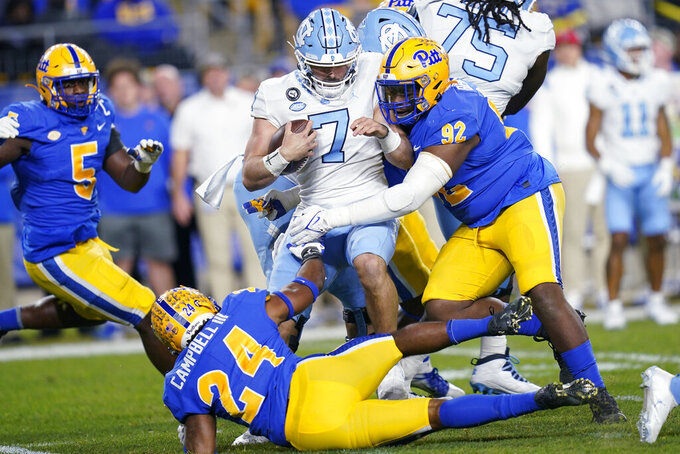 The junior didn’t dress for the game. Howell had been recovering from an upper-body injury suffered in last week's overtime loss at No. 20 Pittsburgh and missed a game for the first time in his college career.

The top NFL prospect went through Senior Day pregame festivities. Coach Mack Brown said Monday it would be Howell's final home game, though Howell was mum a day later about his future plans.

Sophomore Jacolby Criswell and freshman Drake Maye are expected to see plenty of reps in Howell's absence, with Criswell starting for the Tar Heels (5-5) against their Championship Subdivision opponent.

Howell is expected to be ready for next week's finale at No. 25 North Carolina State.