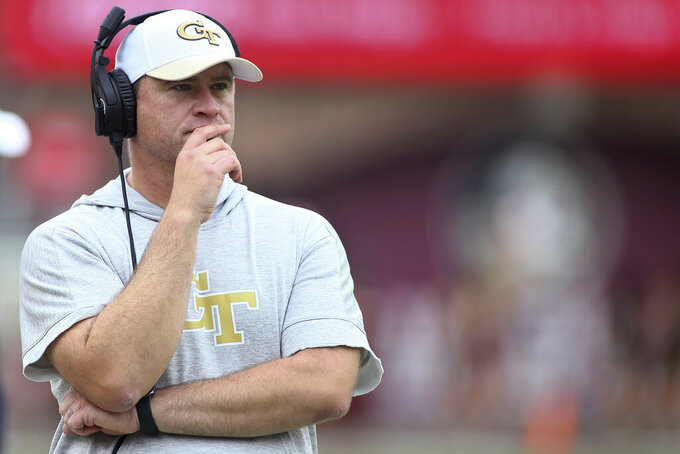 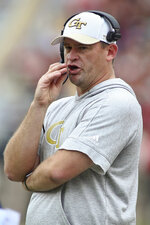 Line: Virginia Tech by 3 1/2, according to FanDuel Sportsbook.

Georgia Tech: QB Jeff Sims. In his third year as the starter, he's thrown just three interceptions in 188 attempts, including a streak of 131 passes before he was intercepted against Virginia. Sims missed last week's game at Florida State with a leg injury but returned to practice this week.

Virginia Tech: WR Kaleb Smith. He's been a bright spot for the Hokies with 31 receptions for 569 yards and three touchdowns for a team that was short on receivers to start with. His receiving yardage includes an 85-yard play against N.C. State last week and is the fourth best total in the ACC.