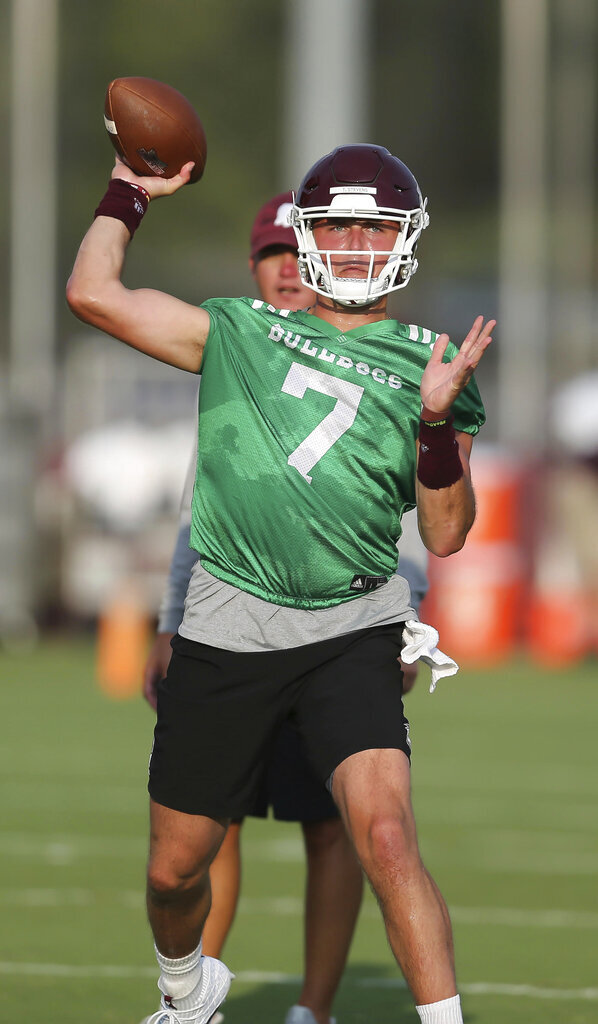 In this Aug. 2, 2019, photograph, Mississippi State's Tommy Stevens (7), passes during drills as the football team conducted its first practice in preparation for the upcoming NCAA college football season. (Keith Warren/The Clarion-Ledger, via AP) 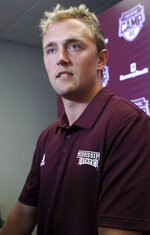 Stevens beat out junior Keytaon Thompson and will start Aug. 31 in New Orleans when the Bulldogs' meet Louisiana-Lafayette in their season opener.

Mississippi State coach Joe Moorhead is very familiar with Stevens from their shared history at Penn State. Moorhead was Penn State's offensive coordinator from 2016-17, while Stevens was a reserve quarterback for the Nittany Lions from 2016-18.

"It was a great, great competition," Moorhead said Thursday. "Both guys are similar in size and provide equal threats in the run game. We said the decision making was going to come down to who could create explosive plays, who could minimize turnovers and who can throw the ball with the best accuracy on a consistent manner. So we informed the team that Tommy Stevens has earned the right to be the starting quarterback for this year."

Stevens is replacing departed three-year starter Nick Fitzgerald, whose 3,607 career yards rushing were the most ever by a Southeastern Conference quarterback.

"Tommy jumped out strong at the beginning of camp," Moorhead said. "Closing into the first scrimmage, K.T. (Thompson) closed the gap and had a real nice first scrimmage. From that point forward, Tommy continued to create separation and did that toward the tail end of camp. We're certainly excited about what K.T. did and how he performed. He is going to be an incredible asset for us and he's going to help us win games this year, too."