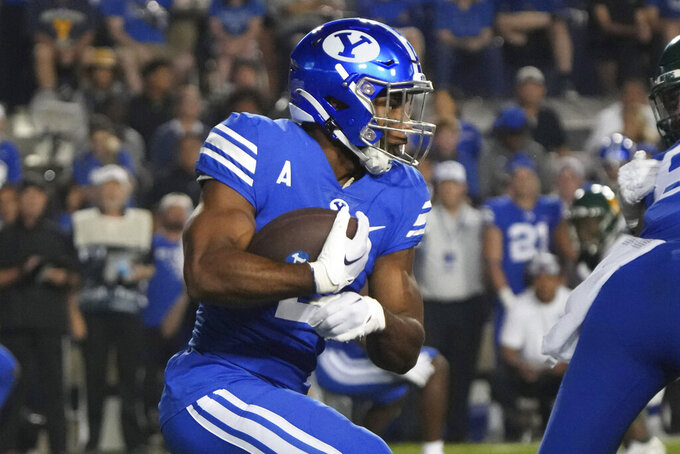 Line: BYU by 21 1/2, according to FanDuel Sportsbook

BYU and Wyoming are meeting for the first time since the 2016 Poinsettia Bowl. The Cougars are looking to bounce back from a tough 41-20 loss at Oregon. The Cowboys come to Provo with a three-game winning streak after edging Air Force 17-14 to open Mountain West Conference play. The Cowboys have lost eight straight games in the series and 11 of 12 dating to 2000.

BYU’s backfield against the Wyoming defense. The Cougars have struggled to establish a consistent running attack since their season opener, totaling a combined 144 rushing yards against Baylor and Oregon. Running backs Christopher Brooks and Lopini Katoa have been held under three yards per carry in each of the last two contests. The Cowboys limited Air Force to 171 rushing yards after the Falcons came into the game averaging 508.5 yards on the ground.

Wyoming has earned one road victory against BYU in a 45-year span, edging the Cougars 29-27 in Provo in 1987. … Hall has passed for at least 250 yards in seven consecutive games and nine of his last ten games. … Andrew Peasley has completed at least 60% of his passes in three straight games, becoming the first Wyoming QB since 2015 to achieve that feat. … Max Tooley leads BYU with 26 tackles in three games. … Wyoming has recorded 10 sacks in four games, ranking third in the conference.