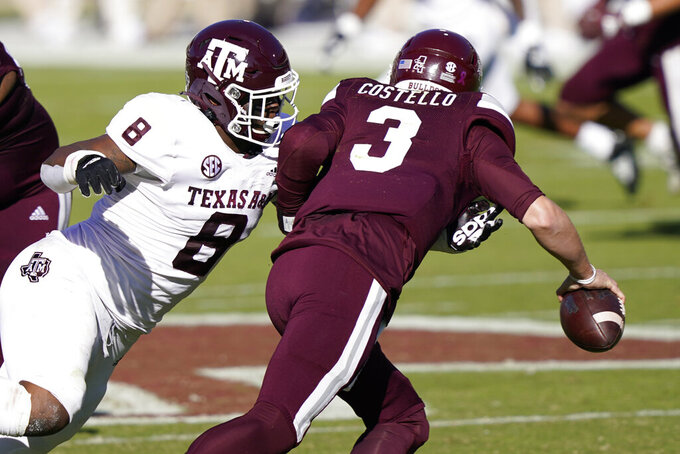 The Aggies feel like they have unfinished business this season after being left out of the College Football Playoff last year despite going 9-1 with their only loss coming to Alabama in Week 2. With a loaded defense and top talent returning at running back, Texas A&M aims to contend for its first national title since 1939.

Kent State will attempt to slow down RB Isaiah Spiller after the team allowed Jaret Patterson to rush for 409 yards and tie an NCAA record with eight touchdowns in a 70-41 loss in their last game in 2020. Spiller ran for 1,036 yards last season and is 18 yards shy of reaching 2,000 in his career. He was a Doak Walker Award finalist in 2020 after ranking third in the SEC by averaging 103.6 yards rushing a game.

Texas A&M: QB Haynes King takes over for Kellen Mond, the team’s starter for the last three years, and will make his first collegiate start Saturday. King used a strong camp to beat Zach Calzada for the job.

Kent State returns nine starters on both sides of the ball. ... The Golden Flashes were the only team in the FBS to average more than 600 yards of offense last season. ... The Aggie are on an eight-game winning streak. ... Texas A&M is 15-3 under coach Jimbo Fisher at home. ... Texas A&M TE Jalen Wydermyer needs 47 yards receiving to reach 1,000 in his career. ... Junior OL Kenyon Green has made 23 consecutive starts.