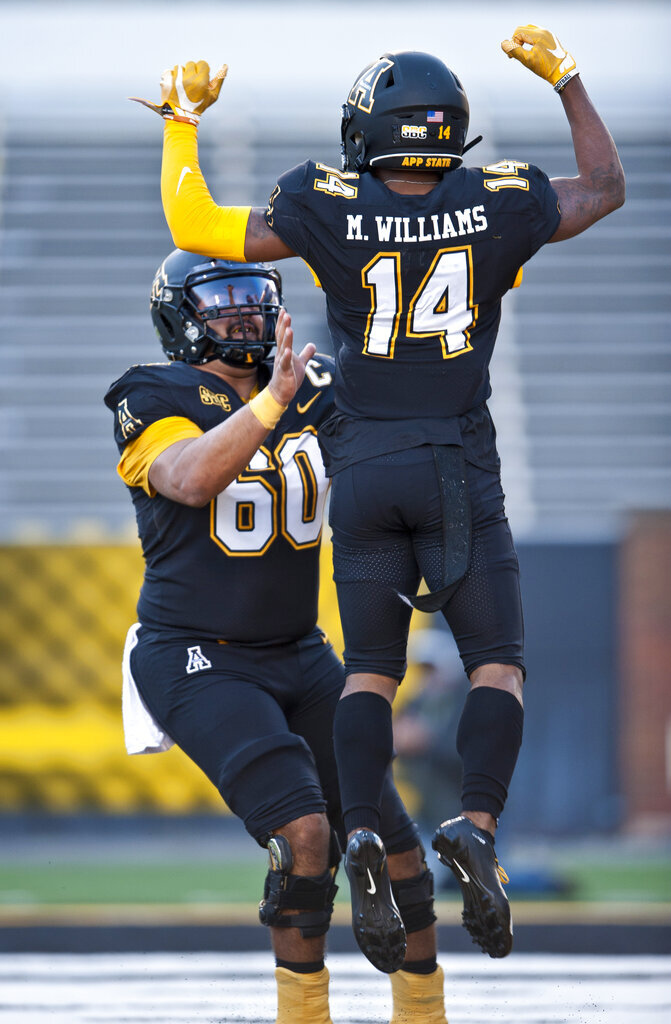 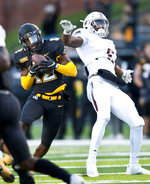 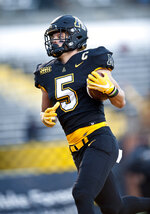 BOONE, N.C. (AP) — Zac Thomas passed for 279 yards and matched his career high with four touchdown passes as Appalachian State defeated Troy 47-10 on Saturday, rebounding from a loss at No. 16 Coastal Carolina.

The Mountaineers (7-2, 5-1) have not lost back-to-back games since 2017. The win keeps Appalachian State in second place behind unbeaten Coastal Carolina, which clinched the Sun Belt Conference Eastern Division on Saturday.

App State's Camerun Peoples broke loose for a 63-yard TD run less than three minutes into the game and the Mountaineers added two more scores 49 seconds apart to take a 21-0 lead after a quarter.

Thomas fired a 15-yard scoring pass to Malik Williams, and Steven Jones picked off a Gunnar Watson pass on the next play from scrimmage, returning it 34 yards for a pick-six.

Thomas was 22-for-29 passing and threw four touchdowns for the fourth time, Peoples gained 95 yards on 10 carries and Williams had seven receptions for a career-high 113 yards. Thomas is 30-5 as a starter, second among active quarterbacks in the FBS.