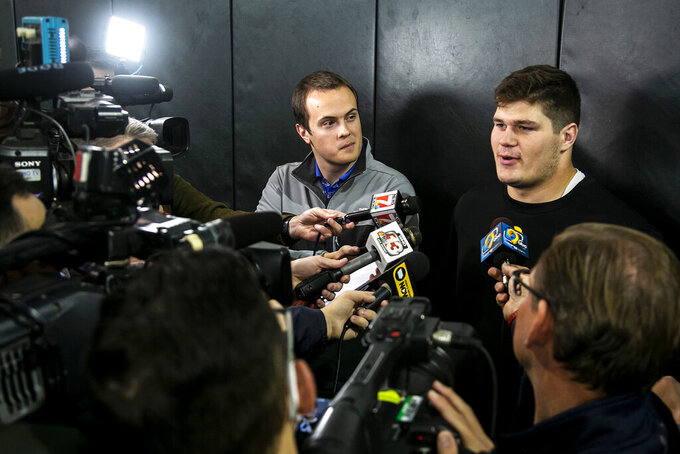 The consensus All-American was the Big Ten's offensive lineman of the year and received the Rimington Trophy as the nation's top center. He also was a finalist for the Lombardi Award and Outland Trophy.

Linderbaum started 35 consecutive games at center after arriving from Solon, Iowa, as a defensive lineman. He is projected to be a first-round draft pick and the first center selected.

“To my coaches, thank you for taking a chance on a small town Iowa kid,” Linderbaum tweeted. “Thank you for pushing me to be a great football player, but an even better man.”