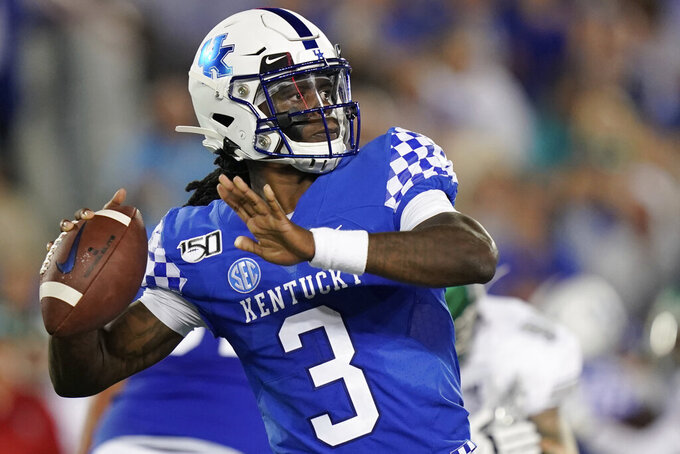 Kentucky quarterback Terry Wilson (3) throws the ball during the first half of an NCAA college football game between Kentucky and Eastern Michigan, Saturday, Sept. 7, 2019, in Lexington, Ky. (AP Photo/Bryan Woolston)

Eagles defensive lineman Turan Rush tackled the junior on a 19-yard run to the EMU 44 late in the third quarter and received a personal foul penalty for the hard tackle. Kentucky was called for illegal formation on the same play as penalties offset.

Wilson was briefly on his knees before laying on the turf to be observed by team medical personnel. His left leg was placed in a brace and he was lifted onto a cart that carried him off for observation.

Spectators chanted Wilson's name and several teammates came over to shake his hand before he was carted off to cheers.