No. 4 Michigan looks to stay perfect in visit to Indiana 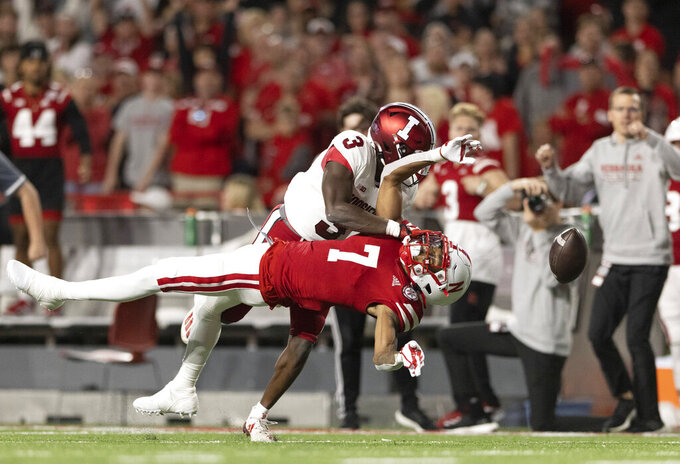 Line: Michigan by 22½, according to FanDuel Sportsbook.

The Wolverines have won 17 of 19 with both losses coming against top 10 opponents. And with a second straight Big Ten title and another potential playoff berth in the mix, Michigan cannot afford a loss, much less one to an unranked team. Indiana, meanwhile, hopes to regain some of its momentum after losing two straight. A second victory over Michigan in three years certainly would do the trick. The Hoosiers have given Harbaugh's teams trouble recently, but this time they must figure out how to slow the FBS' sixth-highest scoring offense.

Michigan RB Blake Corum vs. Indiana run defense. The junior has emerged as one of the nation's top backs. He averages 122.2 yards per game, 6.6 yards per carry and leads the nation with 10 touchdown runs. This week, he faces a defense that's played better than the numbers suggest. Yes, the Hoosiers are allowing 142.6 yards rushing per game but they're also yielding just 3.3 per carry and have played well enough to give Indiana a solid chance in all five games.

Michigan: DE Mike Morris. With Aidan Hutchinson in the NFL, Morris has enjoyed a breakout season with four sacks and six tackles for loss in five games. His late sack at Iowa helped the Wolverines preserve their first road win of the season and he could produce even stronger numbers if Indiana's inconsistent offensive line doesn't improve.

Indiana: WR Cam Camper. The Hoosiers top pass-catcher missed last week's game with an illness, but left junior college for Indiana to compete in these high-profile contests. He had 33 receptions for 418 yards through the first four games and Camper hopes to put on a memorable show on national television this weekend.

Michigan is seeking its first back-to-back 6-0 starts since 1976-77. ... Indiana has won only two games in this series since 1968 and is 2-19 all-time in the series at Memorial Stadium. One Michigan loss came in its last trip to Bloomington, 38-21 in 2020, ending a 24-game series winning streak. ... Former Michigan offensive lineman Zach Carpenter made his first start at left guard last week at Nebraska. He transferred to Indiana in January 2021. ... Michigan has outscored its opponents 133-13 in the first half of games this season. ... The 14 penalties called against the Wolverines are the fewest in the FBS. ... Three of Indiana's next five opponents are ranked teams. ... Wolverines QB J.J. McCarthy leads the nation in completion percentage (78.6%) and is fifth in pass efficiency (186.94). ... Hoosiers QB Connor Bazelak has thrown at least one TD pass in all five games this season. He transferred into the program from Missouri.