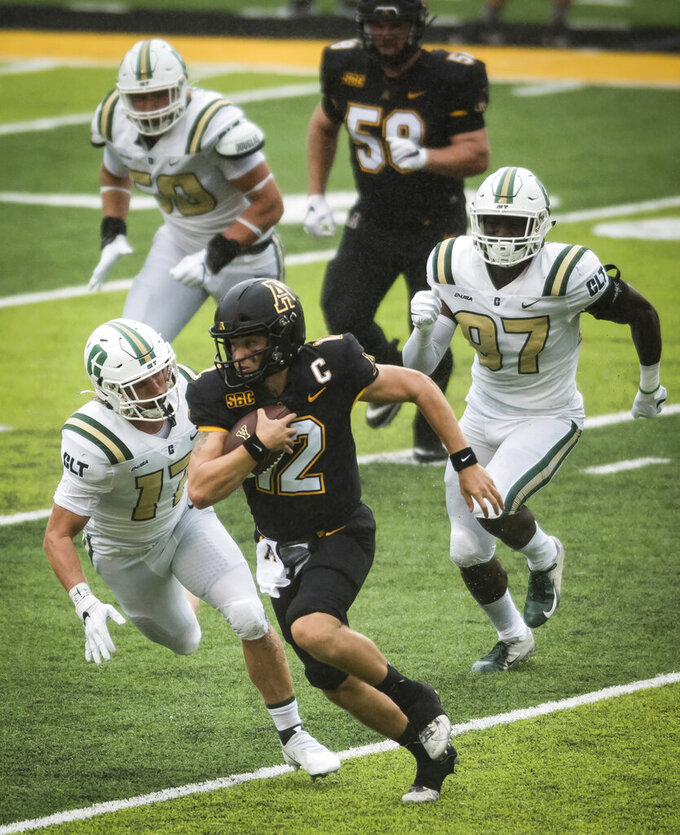 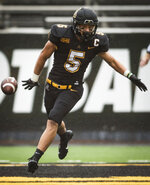 Quarterback Grant Wells had one of the finest debuts in Marshall football history.

Now the redshirt freshman gets the task of facing a much-tougher opponent when the Thundering Herd (1-0) host No. 23 Appalachian State (1-0) on Saturday.

"I think everybody’s ready for them to come in and allow us to prove how good of a team we can be,” Wells said.

Wells threw for 307 yards in a 59-0 victory over Eastern Kentucky of the Championship Subdivision on Sept. 5. He set a school record with the most passing yards in a debut and tied another mark with his four touchdown passes.

Clark followed Wells throughout his prep career and called him “an incredible young man with an incredible arm talent, and he can also beat you with his feet.

“We have our hands full,” Clark said. “It will be a great challenge for us this week.”

“That’s where it all starts,” Holliday said. "Just keep growing as a quarterback. Just keep doing what he did, make great decisions.

“There's no question when you get into a game of this magnitude, the team that takes care of the ball is probably going to have a chance to win it.”

Some things to know in the first meeting of the schools in 18 years:

Appalachian State and Marshall played annually from 1977 to 1996 when both were members of the then-Division I-AA Southern Conference.

When they last met in 2002, Marshall was dominating the Mid-American Conference when it beat the Mountaineers 50-17. The Thundering Herd are now a member of Conference USA.

Appalachian State joined the Sun Belt in 2014 and is looking for its fifth straight title. The Mountaineers' new offensive coordinator, Tony Petersen, played quarterback at Marshall and served two stints there as an assistant coach, including under coach Doc Holliday.

The Mountaineers aren't the most talked-about team in the Sun Belt right now.

Louisiana-Lafayette, Arkansas State and Coastal Carolina are basking in some attention after beating teams from the Big 12 last week. Louisiana-Lafayette joined the AP Top 25 at No. 19 this week, its first ranking since 1943.

“I think it speaks volumes for our conference,” Clark said. “It's not surprising to see that.”

Clark said Appalachian State spent much time in fall camp focusing on special teams, so he was taken off guard when the Mountaineers allowed a 97-yard kickoff return for a touchdown last week in a 35-20 win over Charlotte.

“It was one of those situations where were weren't staying in our lanes,” Clark said.

Appalachian State, behind four seniors on the offensive line, compiled 305 rushing yards against Charlotte, including Marcus Williams with 117 and Camerun Peoples with 102. Quarterback Zac Thomas, the Sun Belt's preseason offensive player of the year, has averaged 5 yards per carry for his career and has six interceptions in each of the past two seasons.

“Anytime you rush for over 300 yards, that's a heck of a day,” Holliday said. “That's something that we've got to work on. You've got to be able to stop the run at some point."

Wells said defenses that try to focus on him are going to leave his teammates open to excel.

Marshall returns Brenden Knox, the Conference USA preseason offensive player of the year who ran for 1,387 yards last season. Knowledge McDaniel led the Thundering Herd in the opener with 93 yards.

“When the defense looks at our offense, the first thing you're going to say is a freshman quarterback," Wells said. “I’m really trying to embrace that. I want that. Because I know I have the best 10 other guys on the offense with me.”