Penn State's Sean Clifford knocked out of game vs No. 3 Iowa 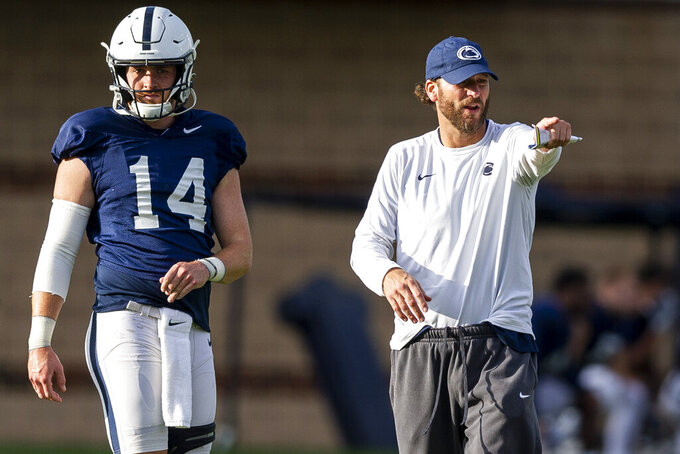 IOWA CITY, Iowa (AP) — Penn State quarterback Sean Clifford was knocked out of the fourth-ranked Nittany Lions' game against No. 3 Iowa on Saturday.

Clifford was out of uniform on the sideline before the start of the third quarter. Sophomore backup Ta'Quan Roberson, playing his first meaningful snaps in the fourth game of his career, replaced him.

The nature of Clifford's injury was not disclosed.

Clifford went to the locker room to get checked after taking a hard hit from linebacker Jack Campbell in the second quarter. With Roberson in the game, the Lions had minus-19 yards on their last three possessions before half.

Clifford was intercepted on two of the Nittany Lions' first three possessions. He threw for a touchdown pass and ran for another score to help the Lions take a 17-10 halftime lead.