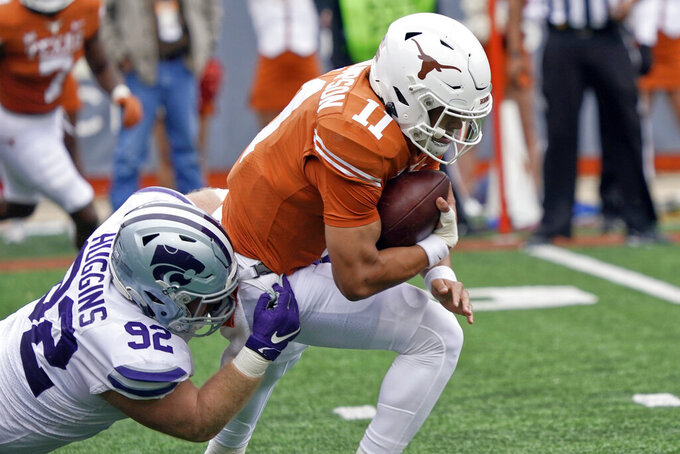 Thompson is leaving after former Ohio State quarterback Quinn Ewers, one of the top-rated players in the country when he came out of high school after the 2020 season, transferred to Texas.

Texas also signed quarterback Maalik Murphy of Gardena, California, and Longhorns coach Steve Sarkisian said the position would be open ahead of the 2022 season. Thompson, an Oklahoma City native, will be a graduate transfer.

Thompson was the backup to Hudson Card for the first two game before taking over the starting role. He passed for 2,113 yards as Texas finished 5-7 in a season the program had its first five-game losing streak since 1956.

Thompson's six touchdowns passes in an overtime loss to Kansas tied a school record. He had two other games with five TD passes, but also had a mid-season thumb injury that appeared to affect his throwing in several games.

Thompson's departure leaves Texas with little experience at quarterback. Card won the job over Thompson in training camp but struggled badly in the second game. He played in eight games and got a late-season chance to regain the starting job, but couldn't unseat Thompson.

Card finished with 590 yards passing and five touchdowns. Ewers did not throw a pass for the Ohio State last season.