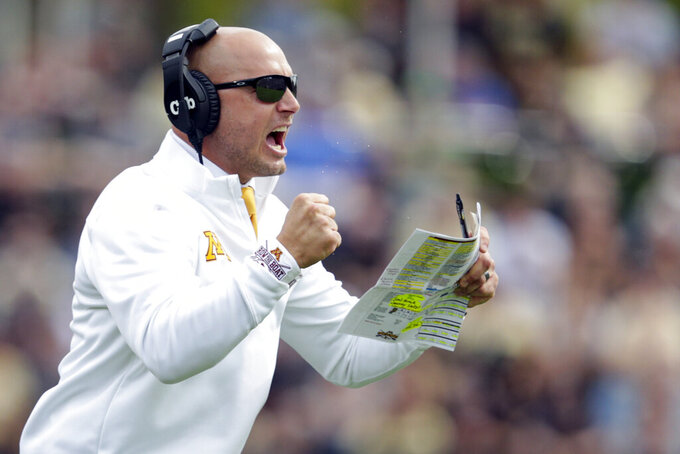 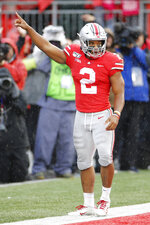 Lovie Smith inherited outdated football facilities, among the worst in college football, when he was hired at Illinois in 2016 and he knew it.

The former Chicago Bears and Tampa Bay Buccaneers coach took on the challenge anyway. Smith committed to a long-term plan to recruit the best players he could land and put them on the field, counting on experience paying off eventually.

The Fighting Illini took a lot of hits over Smith's first three seasons, averaging just three wins per year and going winless in the Big Ten in 2017.

Smith's fourth squad moved into a $79 million-plus facility with more than 100,000 square feet of space to train and practice last summer and he said it's one of the best in the country.

His team is pretty good, too.

Illinois (4-4, 2-3) pulled off a stunning, one-point win over then-No. 6 Wisconsin , giving the once-proud program its first victory over a top-10 team in 12 years and ending a 24-game losing streak to ranked teams that dated to 2011.

"We needed a signature win," Smith acknowledged in a telephone interview Wednesday.

The Illini, who beat Purdue for a second straight win last week, are set up to be eligible for a bowl under Smith for the first time and just the second time in eight years. They host Rutgers (2-6, 0-5) Saturday, aiming to win three straight Big Ten games in a season for the first time since 2007 when Ron Zook went on to lead the team to a Rose Bowl victory.

If Illinois avoids getting upset, it will have to win one more game with three left to play — at Michigan State, at Iowa and against Northwestern at home — to earn a bowl bid.

"We haven't been in a position where we have this opportunity," Smith said. "We're excited about it."

No. 3 Ohio State and No. 5 Penn State are two of seven Big Ten teams already bowl eligible and one of those teams will have a legitimate shot to be in the College Football Playoff, whose first rankings will be released Tuesday night.

No. 13 Minnesota, the third undefeated team in the conference, has 10 straight victories for the first time since winning 18 in a row from 1939-42.

"We know we're a special group," sixth-year senior running back Rodney Smith said. "We just have to keep the train rolling."

By building a two-game lead in the West Division with four games to go, the Gophers have put themselves in prime position to reach the Big Ten championship game for the first time.

Minnesota's final stretch is filled with challenges, starting with a home game Nov. 9 against No. 5 Penn State. The Gophers visit No. 19 Iowa the following week and host No. 18 Wisconsin on Nov. 30, but the Hawkeyes and Badgers still play each other to guarantee a third loss in conference.

"If you have pressure on your life, that means your life is significant because it means you're doing something for other people and doing something bigger than yourself," third-year Minnesota coach P.J. Fleck said. "Pressure is awesome."

No. 14 Michigan, which started taking ticket requests for a bowl game this week, the Badgers, Hawkeyes and Indiana have also qualified for postseason play.

If the Illini, Spartans and Nebraska win two more games, they will help match a Big Ten record with 10 schools in bowl games. And if mathematically eligible Terrapins, Boilermakers or Rutgers can close the regular season with a surprising run, the conference could have 11 teams in the postseason for the first time.

The Cornhuskers, under second-year coach Scott Frost, are positioned to earn a bowl bid for the first time since 2016 with winnable games against Purdue and Maryland on the road.

"It's always crucial to get to a bowl game," said Nebraska defensive lineman Darrion Daniels, a graduate transfer, who went to a bowl in each year he was at Oklahoma said. "Nobody wants to play for no reason."