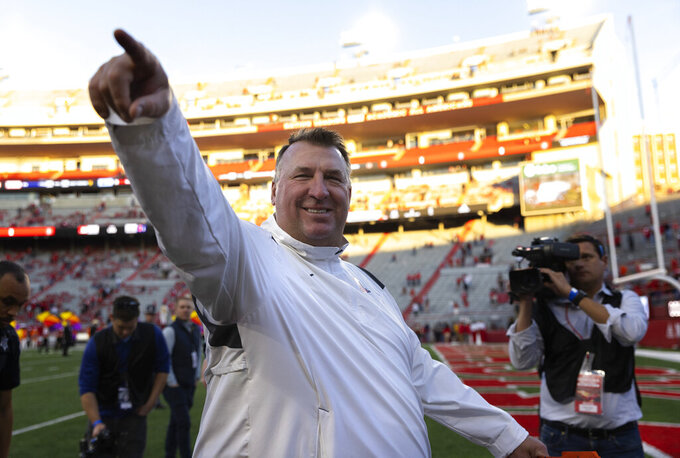 Coach Bret Bielema in January hired Lunney away from UTSA, where he was offensive coordinator and associate head coach. Lunney previously worked on Bielema's staff at Arkansas.

The 21st-ranked Illini (7-2, 4-2 Big Ten) are averaging better than 83 yards more per game this season, the biggest improvement in the Big Ten by more than 20 yards.

Illinois features the nation’s leading rusher in Chase Brown, the No. 2 quarterback in completion percentage in Tommy DeVito, and an offensive line that is up for the Joe Moore Award as the nation's top unit.

Illinois is in first place in the Big Ten West heading into its home game against Purdue on Saturday.

“Coach Lunney has had a huge impact in his time here directing our offense,” Bielema said. “He has provided an excitement for our offensive players and coaches in the building every day since he came in. The opportunities he has provided our players through his efficient scheme has been vital for the success of our program as we set new expectations going forward.”