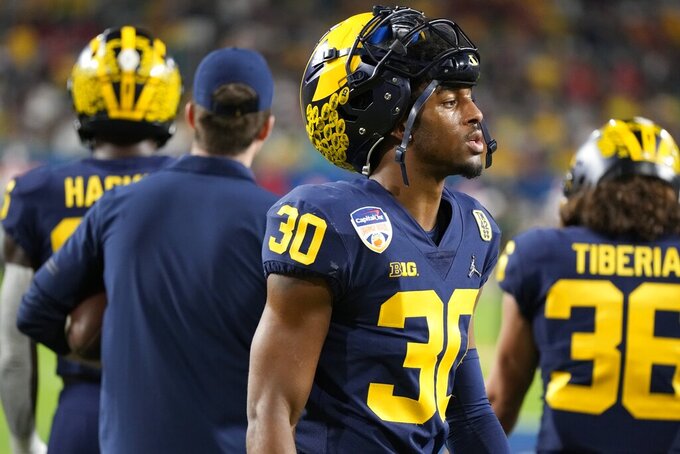 He started for the second-ranked Wolverines in their loss to No. 3 Georgia in the Orange Bowl on Saturday night. Hill's status for was uncertain because he did not join the team until just a few days before the game.

Coach Jim Harbaugh said that Michigan’s second-leading tackler had not been with the team throughout the week of preparation for the College Football Playoff semifinal, but declined to give any other details.

Hill, who is from Tulsa, Oklahoma, was a highly touted recruit and he started in 22 of 32 games over three seasons. He had two interceptions in 2021 and four in his career.