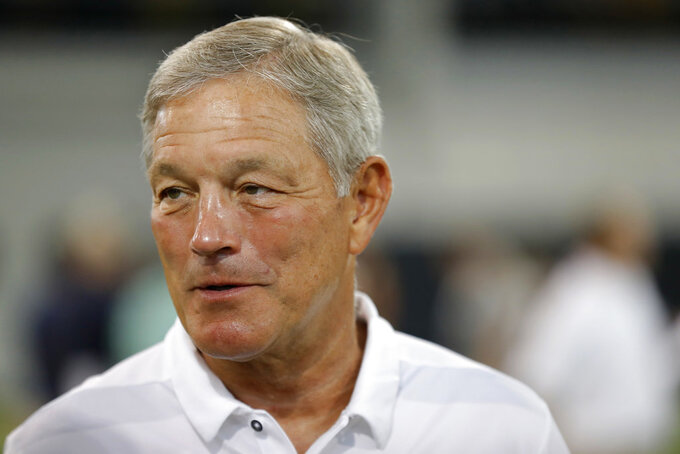 ROSEMONT, Ill. (AP) — Nebraska and Iowa will resume their day-after-Thanksgiving football game in 2022 after a two-year hiatus.
The Big Ten released its conference football schedules for the 2022 to 2025 seasons on Wednesday, and the return of the Black Friday matchup is one of the highlights.
Nebraska and Iowa will play on the day after Thanksgiving this year and in 2019. But, in a change made last year, the Big Ten scheduled Nebraska to play its final regular-season games on Saturdays against Wisconsin in 2020 and Minnesota in 2021. Iowa will play those two teams at the end of the season in opposite years.
Nebraska has played on Black Friday every year since 1990, including games against Iowa since joining the Big Ten in 2011. The end of the tradition prompted a fan outcry.