NHL's furthest south outdoor game will be in Cotton Bowl 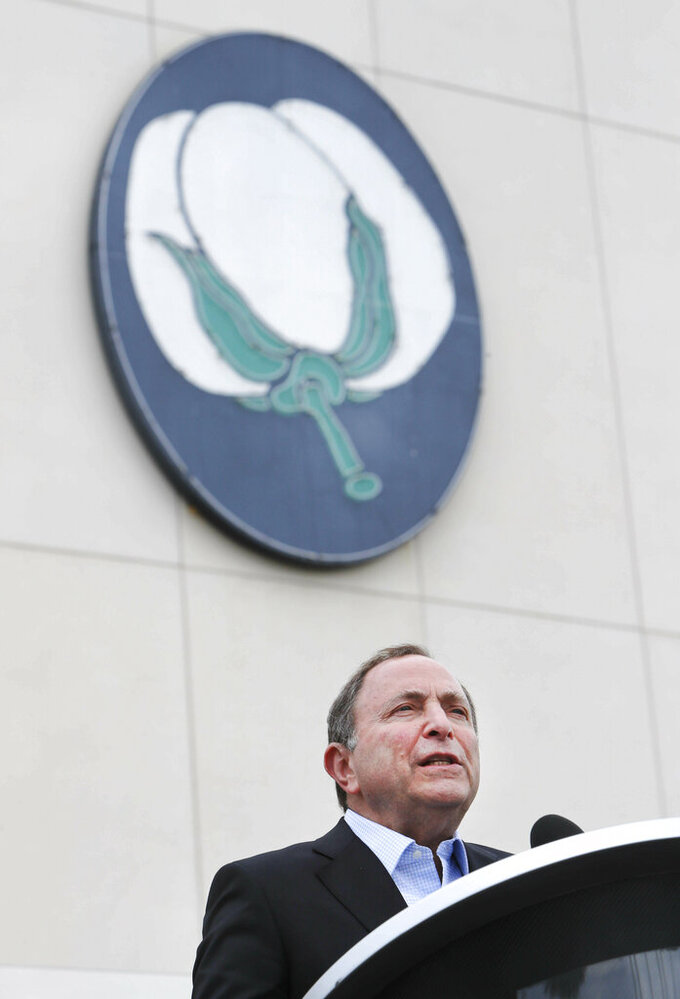 DALLAS (AP) — Dallas Stars goalie Ben Bishop tossed a football around at Cotton Bowl Stadium on the first day of spring while teammate John Klingberg played with a soccer ball.

That historic football field will be covered by a sheet of ice and converted into a hockey rink for them to play their professional sport next New Year's Day when the Stars host the Nashville Predators in the 2020 Winter Classic. It will be the southernmost outdoor game for the NHL.

"Over the last three decades, we have brought hockey to places that no one ever dreamed we'd take this game," NHL Commissioner Gary Bettman said Wednesday. "Dallas, and for that matter Nashville, are quintessential examples of the hockey boom."

The stadium was home to the traditional New Year's Day Cotton Bowl game from 1937 until 2009, when that game moved to the Dallas Cowboys' retractable-roof stadium. Big 12 Conference football rivals Texas and Oklahoma still play there during the State Fair of Texas each October.

"Back when (TCU quarterback) Sammy Baugh played in the first Cotton Bowl Classic on New Year's Day in 1937, I am pretty confident that the idea of a hockey game on that very same field probably didn't and wouldn't have crossed anybody's mind," Bettman said.

The NHL held its draft last summer at the Stars' home arena in downtown Dallas, only a few miles away.