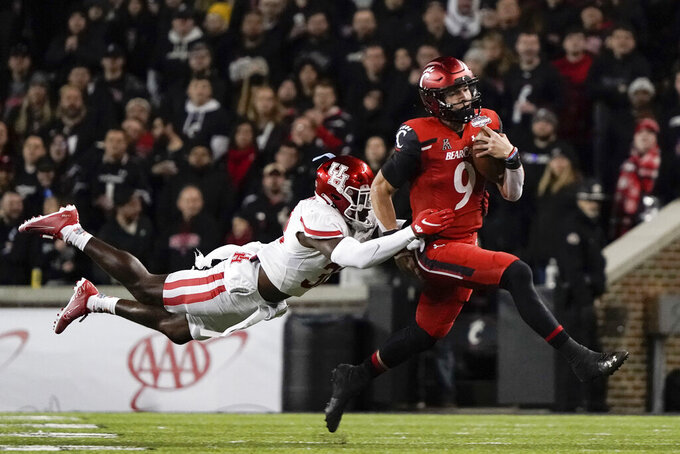 Auburn: The Tigers, led by first-year coach Bryan Harsin, have lost four straight games and blown double-digit leads in three of them. But they took No. 1 Alabama to four overtimes in the regular-season finale before losing 24-22.

Houston: Won 11 straight regular-season games after falling to Texas Tech in the opener. Fell to playoff-bound Cincinnati 35-20 in the AAC championship game.

Auburn: Making 46th bowl appearance and second in the Birmingham Bowl, having beating Memphis 31-10 in 2015. The Tigers made their ninth consecutive bowl game, tying the program's longest streak set from 1982-90.

Houston: Making 29th bowl appearance and 14th in the last 17 seasons. Played in the Birmingham Bowl, then the BBVA Compass Bowl, in January 2014, losing 41-24 to Vanderbilt.