No. 21 Maryland looks to stay unbeaten against Temple 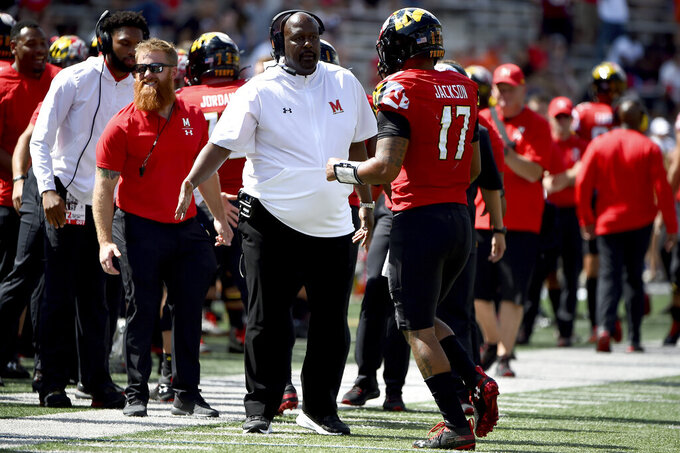 Ranked for the first time since 2013, Maryland looks to keep the momentum going against well-rested Temple, which is coming off a bye after beating Bucknell 56-12 on Aug. 31. Maryland has flourished under first-year coach Michael Locksley, who told the team lopsided victories over Howard and Syracuse are merely the first two days of a "12-day journey." Still, the Terrapins would love to take a 3-0 record into a bye week that will be followed with the Big Ten opener against No. 13 Penn State.

The Temple defense against a Maryland offense led by slick-throwing quarterback Josh Jackson. The Terps are averaging 71 points per game, mostly because Jackson has run the offense like he's been part of it for years. Actually, Jackson transferred from Virginia Tech and has played only two games with Maryland. In those two, he has thrown for a combined 541 yards and seven touchdowns. Led by LB Shaun Bradley, Temple's defense hasn't given up a touchdown at home over the last six quarters.

Maryland: RB Anthony McFarland Jr. The focus on offense thus far has been Jackson, but Temple can't ignore a solid running game led by McFarland, who has scored a pair of touchdowns in each game as part of a ground attack that is averaging 335.5 yards. McFarland has only 20 carries for 96 yards, but that's because he hasn't been needed in the second half after Maryland built huge halftime leads.