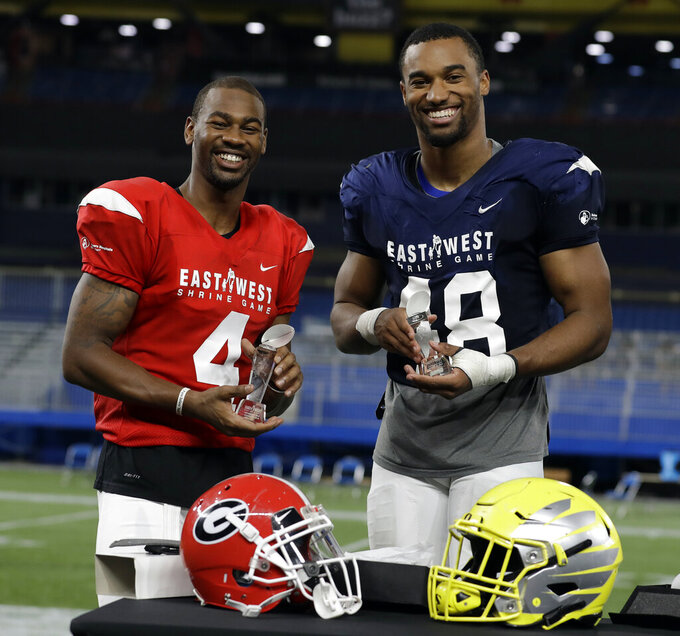 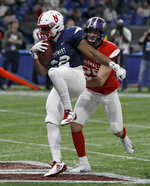 ST. PETERSBURG, Fla. (AP) — Brett Rypien displayed some of his pedigree in the East-West Shrine Game.

Rypien and Easton Stick each threw a touchdown pass to help the West beat the East 21-17 on Saturday.

Rypien, a Boise State product and nephew of Super Bowl MVP Mark Rypien, was 10 of 14 for 134 yards.

Scouts from a number of NFL teams talked with Rypien during a week of workouts preceding the game.

"Overall it was a great week," Rypien said. "I thought I came down here and did what I needed to do as far as what I wanted to show the scouts."

Stick, from North Dakota State, completed 5 of 8 passes for 51 yards.

Purdue's David Blough had two touchdowns and 149 yards on 10-of-15 passing.

"It was a good day," Blough said. "I think we had a good opportunity to showcase what I can do, so that was special. I'm thankful for it all and I'm just glad I got to be a part of."

Rypien connected on a 22-yard scoring strike with LSU's Nick Brossette during the first drive of the game.

"Thought I was pretty accurate with the ball for the most part," Rypien said.

Nebraska's Devine Ozigbo had a two-yard TD run midway through the second as the West took a 14-0 lead. The score was set up by a fumble return by Michigan's Tyree Kinnel.

On the first play following an interception by BJ Blunt of McNeese State, Stick threw a 22-yard touchdown pass to Arizona State's Shawn Poindexter that made 21-0 five minutes into the third.

The East got to 21-14 during the final three minutes of the third when Blough threw 6- and 18-yard TD passes to Terry Godwin II of Georgia. Godwin had four receptions for 80 yards.

Matthew Gay of Utah had a 47-yard field goal that cut the East deficit to 21-17 with 4 minutes left.

West's Darrin Hall Jr. of Pitt was the leading rusher with 77 yards on 12 carries.

One of the most exciting plays came on the final play in the first half when James Madison's Jimmy Moreland caught a 61-yard field-goal try by John Baron II of San Diego State in the back of the end zone and was tipped during his return near midfield.

Oregon linebacker Justin Hollins had 10 tackles and two sacks for the West.

"The only statement I could make is playing hard," Hollins said.

East linebacker Tre Watson of Maryland finished with nine tackles and a sack.