AJ Bush runs for 2 TDs, passes for another, Illinois wins 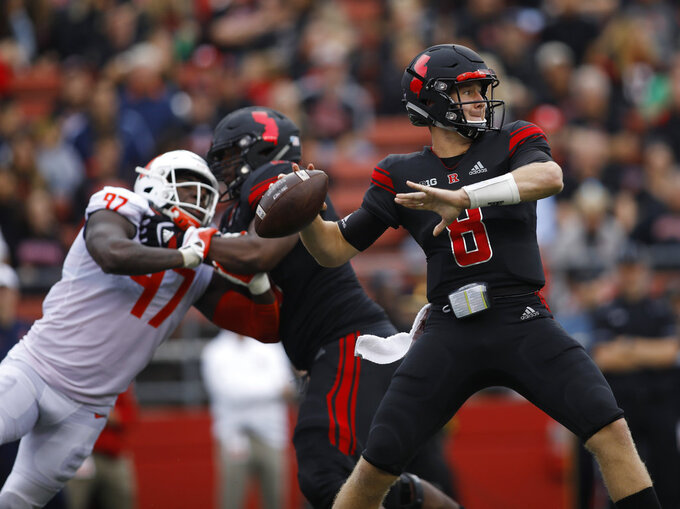 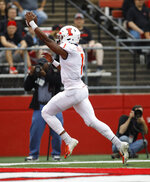 PISCATAWAY, N.J. (AP) — Quarterback AJ Bush ran for 116 yards and two touchdowns and threw for another in his return to the lineup as Illinois used a big ground game to beat Rutgers 38-17 Saturday, sending the Scarlet Knights to their fifth straight loss.

Bush, who missed the last two games with a hamstring injury, scored on runs of 3 and 41 yards in the first half. He iced the game with an 11-yard TD pass to Ricky Smalling early in the fourth quarter.

Reggie Corbin ran for a career-high 137 yards, including a 73-yard scoring dash, as the Illini (3-2, 1-1 Big Ten) rushed for 330 yards and had 419 yards in total offense in snapping a two-game losing streak. Mike Epstein added 41-yard touchdown run with 5:07 to go

The three wins in a season ties the most Illinois coach Lovie Smith has had in his two-plus seasons. The Illini were 2-10 last season and winless in the league. The win snapped a 13-game losing streak in the Big Ten, dating to 31-27 decision over Michigan State in 2016.

"It's huge for the program,' Allegretti said. "Really excited for everyone in that locker room to experience that first one and it won't be the last."

Jonathan Hilliman scored on a 32-yard run and freshman Art Sitkowski added a 7-yard touchdown pass to tight end Travis Vokolek to get Rutgers (1-5, 0-3) within 24-14 at the half. Gavin Haggerty added a 20-yard field goal with less than six minutes to play, but Epstein scored on the first play after Illinois recovered an onside kick.

Illinois, which had seven interceptions coming into the game, picked three more, including one on the first pass of the game by Sitkowski (29-49 for 267). It set up a 39-yard field goal by Chase McLaughlin for a 3-0 lead after less than four minutes.

Hilliiman's 32-yard run capped a 75-yard drive on the ensuing series that gave Rutgers its only lead.

Bush's short touchdown run after he bobbled a shot-gun snap put the Illini ahead late in the quarter. His longer run stretched the lead to 17-7 and Corbin quickly followed with his career-long run on a one-play drive on the following series.

"It's lack of focus, a lack of attention to detail," said Rutgers coach Chris Ash, whose team has taken a step back after going 4-8 last year. "Something has to be coached differently. We've got to figure it out. But you know, obviously (I) was a lot more optimistic about our chances to win these games that we've been playing, and it hasn't happened."

Illinois: If Bush (10 of 18 for 89 yards) can stay healthy, the Illini can score and win more games.

Rutgers: Things are looking bleak. The Scarlet Knights may not win another game this season.

Center judge Mike Conlin left the field in the third quarter to be examined on the Rutgers' bench. He returned the next series. He had apparently been hit in the head in the first half when a ball was thrown in from the sideline to be marked. There was an extra official who replaced him briefly on the eight-man crew.