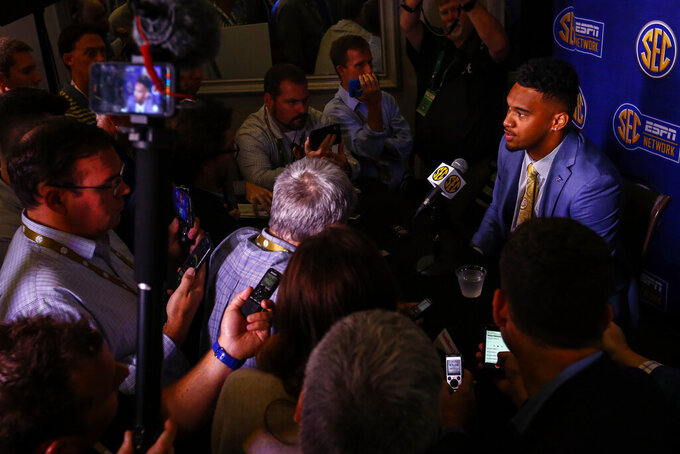 BIRMINGHAM, Ala. (AP) — Defending Southeastern Conference champion Alabama is the favorite to once again beat Georgia in the title game in a preseason media poll.

The Crimson Tide was selected by 203 of 260 voters this week at SEC media days in results released Friday. Georgia, which lost to Alabama in the championship game last season, received 49 first-place votes.

Eight teams were picked as the SEC champion on at least one ballot.

The predicted order of finish in the West was Alabama, LSU, Texas A&M, Auburn, Mississippi State, Mississippi and Arkansas.