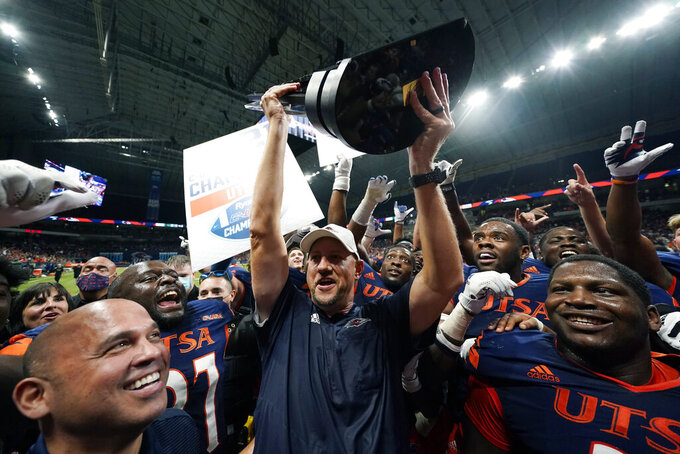 San Diego State: DL Cameron Thomas is second on the team with 68 tackles but has 20 1/2 tackles for loss, including 10 sacks, and 16 quarterback hurries.

UTSA: The Roadrunners were selected to play in the Frisco Bowl last year but switched to the First Responder Bowl after the Frisco Bowl was cancelled due to COVID-19 restrictions on SMU. They lost that game to Louisiana-Lafayette 31-24.

San Diego State: The Aztecs lost 46-13 to Utah State in the Mountain West Conference title game. They were without a starting tight end and wide receiver and more than a dozen backups because of what coach Brady Hoke insinuated were COVID-19 related issues.

This is the first meeting between the schools.

UTSA: The Roadrunners are making their second straight bowl appearance, third overall and first in the Frisco Bowl.

San Diego State: The Aztecs are playing in their second Frisco Bowl and 16th bowl game overall. They had a streak of 10 straight until withdrawing from consideration in 2020.