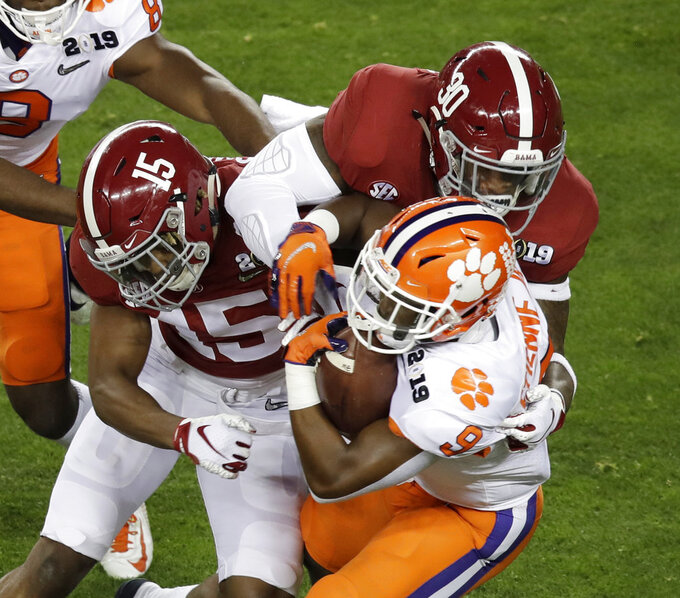 Wilson becomes the seventh Crimson Tide player and fourth defender to declare for the draft since losing to Clemson in the national title game.

The junior announced his intentions on Twitter Sunday evening.

Wilson made 71 tackles with five for a loss and had two interceptions last season.

The Montgomery, Alabama product played in 42 games over the past two seasons and had 119 career tackles.