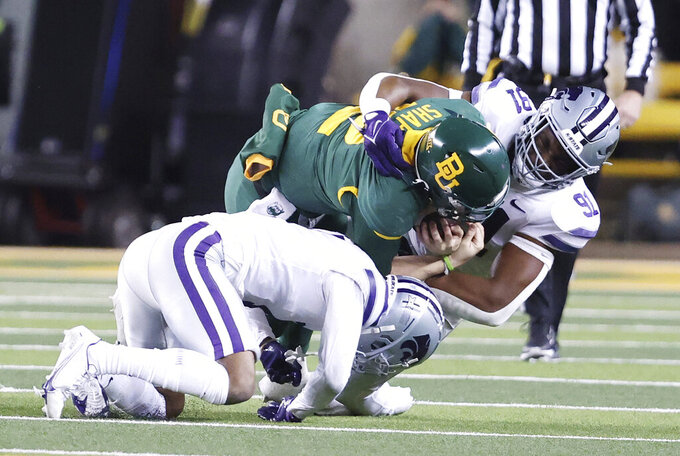 Those players will face each other Saturday when the third-ranked Horned Frogs (13-0) play No. 13 Kansas State (9-3) in the Big 12 championship game.

Sonny Dykes was selected coach of the year by his peers after TCU became the first Big 12 team since Texas in 2009 to finish a regular season undefeated. Dykes is the first coach to win the award in his first season with a program, and is part of the first father-son duo to win the award — the late Spike Dykes won it in 1996 with Texas Tech.

Duggan, who lost his starting job going into the season, leads the Big 12 with 3,070 yards and 29 touchdowns passing and has thrown only three interceptions since taking over in the second half of the season opener. He has now made 40 career starts.

Anudike-Uzomah is second in the Big 12 with 7 1/2 sacks, including three against Texas Tech. The 6-foot-4, 225-pound junior has 19 1/2 career sacks along with eight forced fumbles.