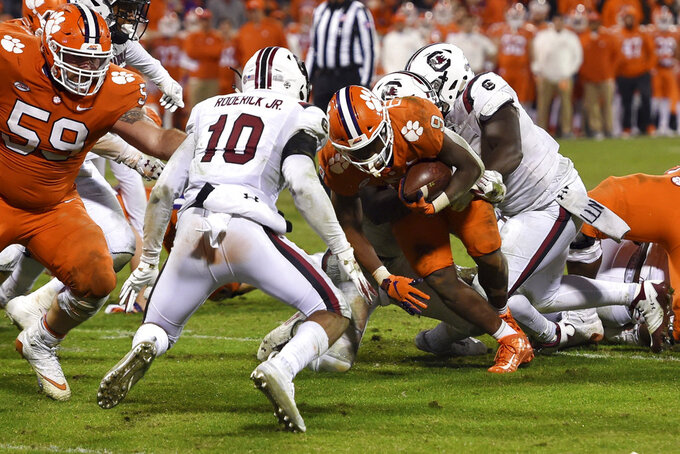 Running back Travis Etienne received a league-best 174 points in results announced Monday and determined by a vote of 46 media members and the league's 14 head coaches.

Players received three points for a first-team vote, two for a second-team vote and one for a third-team selection.

North Carolina State's Ryan Finley was the first-team selection at quarterback and was joined in the backfield by Etienne and Boston College's AJ Dillon.