Settlement reached in death of football player in Kansas 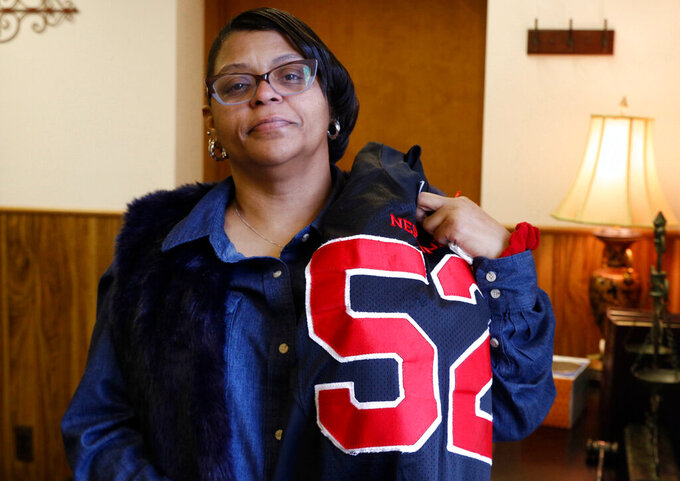 GARDEN CITY, Kan. (AP) — A Kansas community college has reached a settlement with the New Jersey family of a football player who died of heatstroke after team conditioning drills in 2018.

Details of the settlement reached between Garden City Community College and the family of Braeden Bradforth, of Newton, New Jersey, were not released. The college said in a news release late Friday that a court recently approved the settlement.

Bradforth, a 315-pound (140 kilogram) defensive lineman, died after being found unconscious in an alley outside his dormitory after the first day of football conditioning on Aug. 1, 2018. He was 19 years old.

An independent investigation strongly criticized the school, saying a serious lack of oversight caused a chain of events that led to Bradforth's death. Investigators noted that the coaching staff didn’t consider if Bradforth was properly acclimated to working out in summer temperatures at a higher altitude than he was used to in New Jersey.

E-mails obtained by The Associated Press last year indicated that 25 minutes elapsed between when an assistant coach was called to Bradforth's side and paramedics arrived. The assistant coach called the head coach before summoning medical help.

The college hired the independent investigators under pressure from Bradforth’s family and New Jersey's congressional delegation.

College President Ryan Ruda said in a news release Friday the school has made several changes to its facilities, procedures and protocols in response to Bradforth's death and the investigation's findings.

“We continue to extend our deepest condolences to Braeden’s family and friends — there is no comparison to the grief and sorrow they have experienced over the last two years,” Ruda said. “It is the hope of college leaders, including myself, that the settlement will offer some respite to Braeden’s loved ones who have suffered the most from his untimely passing.”

The changes at the school include renovating and updating athletic training facilities, creating a sports medicine advisory team that meets monthly to discuss topics concerning the safety of athletes, and drafting plans to respond to medical and emergency needs.

Other improvements include the hiring of a third full-time athletic trainer and a new strength and conditioning coach, the start of player welfare checks and the modification of practice times because of heat. All coaching staff also are required to take annual first aid and CPR training.

Two attorneys for the family didn't immediately reply to messages left Saturday at their offices.