Grit helped No. 18 Wisconsin bounce back from slow start 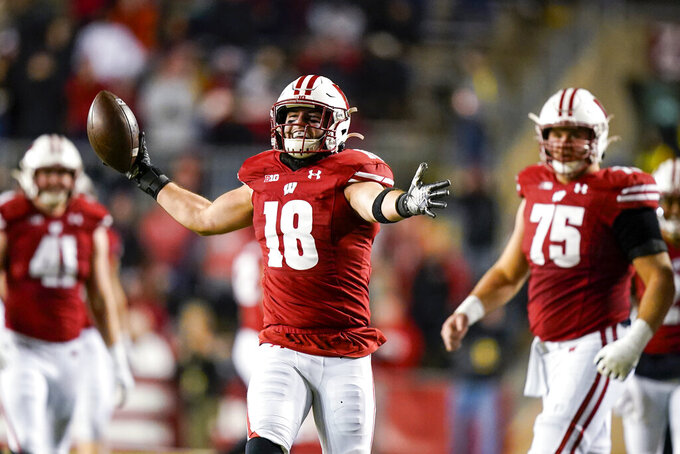 MADISON, Wis. (AP) — Wisconsin is on the verge of completing a rare turnaround.

After opening 1-3, the 18th-ranked Badgers have won seven straight and need only a victory Saturday at Minnesota (7-4, 5-3 Big Ten) to earn a trip to the Big Ten championship game next week in Indianapolis.

“You see that 1-3. Not a lot of college teams fight back from that,” Wisconsin cornerback Faion Hicks said. “I’m very proud of this group for putting their heads down to keep working and doing what we’re doing. But at the end of the day, we know the work’s not finished.”

Wisconsin (8-3, 6-2, No. 14 College Football Playoff ) would become just the second team to reach a Power Five conference championship game after being multiple games below .500 that late in a season. Northwestern also got off to a 1-3 start before rallying to reach the Big Ten championship game in 2018.

Texas in 1996, Clemson in 2009 and Pittsburgh in 2018 all reached conference championship games after having losing records even later in their respective seasons, but none of those teams ever fell two games below .500.

In some respects, Wisconsin finally started playing the way it was supposed to perform all year. Ranked 12th at the start of the season, Wisconsin was favored to win each of the three games it lost.

“At the beginning of the year, we were a lot of talk and not much action,” safety Scott Nelson said. “We kind of overcame that and understood who we are as a team.”

Wisconsin’s statistics offer a simple reason for the Badgers’ turnaround. They stopped turning the ball over, started taking it away and steadily increased freshman phenom Braelon Allen’s role.

After committing 12 turnovers and producing three takeaways during their 1-3 start, Wisconsin has 18 takeaways and six turnovers over its last five games. Allen, who totaled 12 carries during the Badgers’ first four games, has rushed for over 100 yards each of the last seven weeks.

The defense has ranked among the nation’s best all year. The offense has performed better since a players’-only meeting that came shortly before this winning streak started.

But the Badgers say the changes go beyond the numbers. They also improved their work habits and stopped worrying about what anyone else was saying about them.

“In the beginning, there was a lot of talk,” nose tackle Keeanu Benton said. “We were trying to prove we were these people, but we were trying to do too much, I felt like. Once people started noticing all you’ve got to do is be yourself to be great, that’s what we started to do.”

They also never stopped believing they were as good as they assumed they were before the season. They always believed they could turn their season around.

“The worst thing I think that could have happened in a moment like that was everyone start freaking out, everyone going into panic mode thinking that you’re going to be able to change everything overnight,” linebacker Jack Sanborn said. “That’s not how it’s done. That’s not how you win football games. It’s not how you change culture. We just trusted that we’re going to get it done.”

Wisconsin also got plenty of extra incentive when Purdue beat then-No. 2 Iowa 24-7 on Oct. 17, putting the Badgers back in control of their destiny in the Big Ten West Division race.

Offensive tackle Logan Bruss returned to action when the Badgers played at Purdue the following week after missing two games due to injury. As soon as that game started, Bruss could sense a change in the atmosphere.

The Badgers have beaten their last seven opponents by an average of 21.6 points, the only close calls being a 20-14 triumph over Army and a 35-28 victory over Nebraska. The Cornhuskers are the only team to score more than 14 points against Wisconsin during this stretch.

There’s a bittersweet element to this streak. If Wisconsin had just played this way all year, the Badgers could be competing for a playoff berth rather than merely challenging for a league title.

But the Badgers refuse to look back and wonder what if. They still have too much on the line right now.