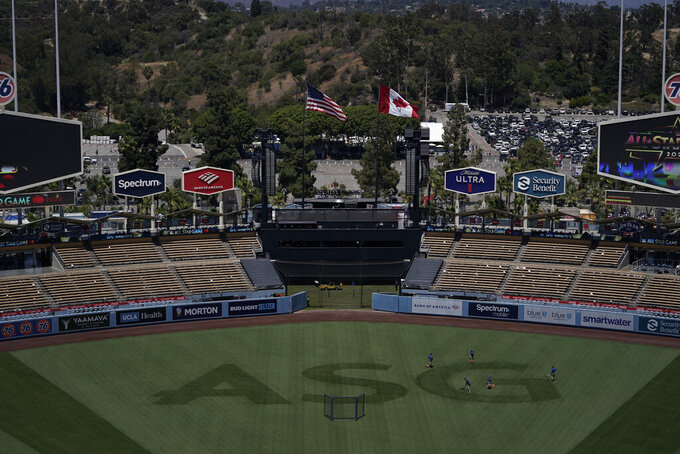 After a couple of ideas were considered, Major League Baseball made its decision hours before Tuesday's game at Dodger Stadium: Officially, it would be 3-3, with a notation the NL won in a home run swing-off.

There had been discussion about adding a run to the winner's score. But MLB consulted with the Elias Sports Bureau and followed the recommendation of the sport's record keepers.

That'd make the final tally like the results in a soccer match decided by penalty kicks, more than a college football game where the scores keep escalating in multiple overtimes.

This is the first year that the All-Star Game would go to a Home Run Derby instead of extra innings if tied after the ninth.

Each squad would send up three players for three swings each — already chosen were Alonso, Acuña and Schwarber for the NL and Julio Rodríguez, Ty France and Kyle Tucker for the AL.

Rodríguez, selected as a reserve outfielder, could get into the game in the middle innings. Suppose the 21-year-old Seattle rookie went 0 for 2, but then hit three homers in the derby and led the AL to a win — could he get the Most Valuable Player award, based on that performance?

No. The MVP will be based on the nine-inning game and, with coaches doing the tossing in the derby, no winning or losing pitcher.