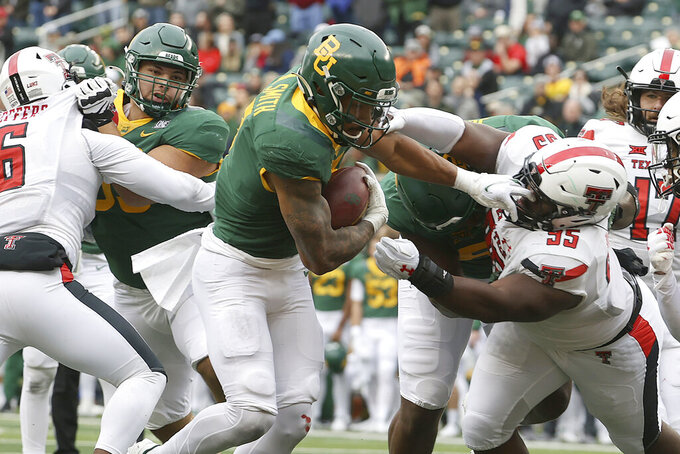 Line: Oklahoma State by 5 1/2, according to FanDuel Sportsbook.

Oklahoma State is playing in its first Big 12 title game. A win would keep the Cowboys in contention for a possible spot in the College Football Playoff, depending on what the teams ahead of them in the CFP rankings — Georgia, Michigan, Alabama and Cincinnati — do in their conference title games. Baylor, which lost to Oklahoma State 24-14 on Oct. 2, is playing in its second Big 12 title game in three years. The Bears could go to the Sugar Bowl with a win, or even with a loss like two years ago after they lost in the league title game to an Oklahoma squad that reached the playoff.

Baylor: Senior linebacker Terrel Bernard missed the first game against the Cowboys with a knee injury, but he's ready for this one. He's second on the team with 62 tackles and has a team-high five sacks.

Oklahoma State won its only other Big 12 title in 2011, the first of six seasons in a row when there wasn't a title game. ... Baylor is one of five FBS teams that hasn’t allowed more than 30 points in a game this year. ... This is the first time the Cowboys will play the same team twice in a season since 1908. ... Oklahoma State has a chance to beat top-10 teams in back-to-back games for the second time in school history. The previous time was in October 1976. The Sooners were No. 10 last week when they lost 37-33 in Bedlam. ... Baylor's defense has forced a turnover in 20 consecutive games.