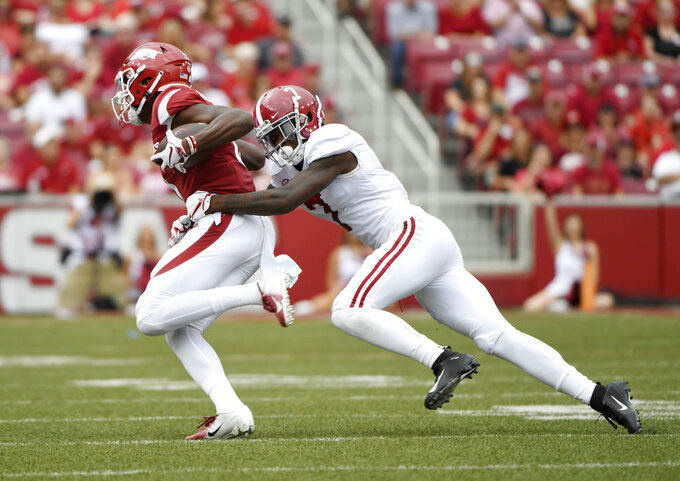 Saban said Monday that Diggs was injured Saturday during the game against Arkansas. The coach says he didn't know about the injury until after an MRI on Sunday.

Saban didn't say who will replace Diggs in the starting lineup Saturday night against Missouri. Saivion Smith and freshman Patrick Surtain Jr. have both started games at the opposite cornerback spot.

Diggs has 20 tackles and an interception while leading the Tide with six pass breakups.