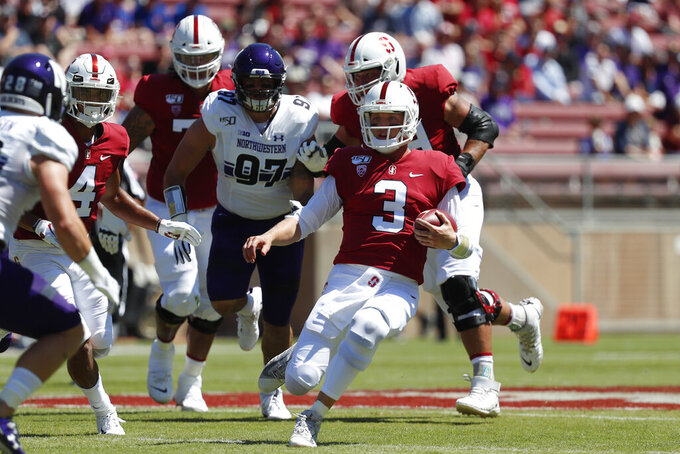 Coach David Shaw said after practice Thursday that Costello had been ruled out against the Trojans on Saturday after getting knocked out of the opener against Northwestern with a head injury. Davis Mills is expected to make his first career start for the Cardinal (1-0, 0-0 Pac-12).

Costello got hurt in the closing seconds of the first half against Northwestern last week when he was hit with a forearm to the facemask while sliding on a scramble. Costello's head hit the turf and he was down for several minutes before being helped off the field.

Mills completed 7 of 14 passes for 81 yards and also lost two fumbles in his most extensive collegiate action. Mills played only one game last season, throwing two passes and running the ball once.

Stanford also is without star left tackle Walker Little. He also got hurt in the opener and is out indefinitely.